On Tuesday’s “The Late Show,” Stephen Colbert spent a lot of time during his monologue talking about the situation in Ukraine. Of course, as he’s done a lot recently, Colbert praised the courage of Ukrainian President Volodymyr Zelensky, emphasizing the fact that Zelensky’s previous career was as a successful comedian.

And as an amusing aside, Colbert poked fun at himself by noting that like Zelensky, he also is a comedian, and he attempted to act as bravely as the Ukrainian leader has — only to end up mock-selling out fellow CBS comedian James Corden to Putin instead.

Colbert ran a recent clip of Zelensky vowing not to leave Ukraine, during which he said “I stay here, I stay in Kyiv on Bankova Street. I’m not hiding, and I’m not afraid of anyone.” Bankova street in Kyiv is the location of Ukraine’s presidential residence. Which is to say, Zelensky basically taunted Russian forces with his exact location amid their devastating invasion. 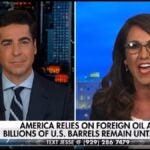 “That is so brave. I am personally inspired by his example,” Colbert said after the clip ended. “And I just want to say” — at this point Colbert looked directly at the camera — “Vladimir Putin! I’m not afraid of you either. If you’re looking for this comedian, I’m at the Ed Sullivan Theater, on Broadway, in Manhattan.”

After some cheers from the audience, Colbert continued: “5 hours ago. We pre-tape the show. My name, sir, and write this down, is James Corden!”

“I don’t care! I’m putting it out there!” Colbert shouted, continuing the joke.

We’re sure James Corden is probably safe, but nevertheless it’ll be fun to see if he responds to Colbert’s fake bravery. Meanwhile, you can watch Colbert’s entire monologue at the top of the page.