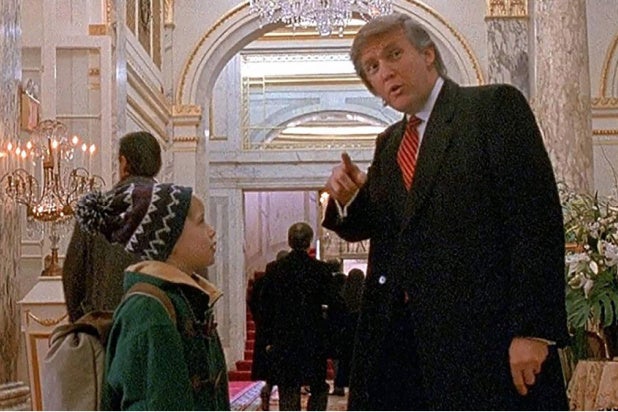 Every day is extremely eventful as we rapidly approach the presidential election in November, and it can feel like it’s next to impossible to keep up with all of it. But at least we have late night shows to catch us up. Like how “The Late Show With Stephen Colbert” kicked off its episode on Tuesday with a joke about Donald Trump declaring New York, Portland and Seattle as “anarchist jurisdictions.”

This is an attempt by the Trump administration to justify pulling federal grants to these cities. It’s not a small amount of money for New York — about $7.5 billion per year, a hefty chunk of the annual budget. The designation won’t have any impact for at least 30 days, but the mayors of all three cities have committed to suing the government over this is Trump and co. actually take action.

But, in the meantime, Colbert’s staff had a little skit at the beginning of his show that joked about how absurd it is to label New York City as anarchist — but then figured out how Trump may have come to this conclusion.

You can watch the skit below.

On #LSSC tonight: We know why the Trump administration labeled New York an ‘anarchist jurisdiction.’ pic.twitter.com/TNWNdyciIi

“Sure, in reality everything looks fine. But just use your imagination and a Netflix account, and suddenly ballet gangs are overrunning the west side. Giant gorillas are marauding on skyscrapers. Wanton harlots are having orgasms in delicatessens. Demonic confections are terrorizing midtown.”

Also Read: Colbert Jokes Even Legion of Doom Wouldn't Have Given Trump a Heat Ray (Video)

Those jokes are referencing, in order, “West Side Story,” “King Kong,” “When Harry Met Sally” and “Ghostbusters.”

But that wasn’t all. Colbert’s skit had a pretty killer punchline, featuring Donald Trump’s cameo in “Home Alone 2: Lost in New York.”

“And perhaps most frightening of all, New York City is home to this idiot,” the narrator says over an image of Trump’s cameo.