Stephen Colbert addressed Donald Trump’s new immigration policy, which separates children from their families at the border and locks them in detention centers, in a serious segment where he went after Jeff Sessions for using the Bible to justify it. Colbert opened his monologue on Monday’s “The Late Show” with another bit of commentary about that whole situation, which has dominated the discourse for several days.

“The big story continues to be the Trump administration’s policy of forcibly separating immigrant children from their parents. And faced with almost universal condemnation from both sides of the political aisle, from religious leaders, from the UN Human Rights Council, Donald Trump finally took full responsibility for the policy and promised a swift end to this humanitarian disaster,” Colbert said, pausing for a long moment after finishing that sentence.

“I’m just kidding. No, he blamed the Democrats, tweeting, ‘The Democrats are forcing the breakup of families at the border with their horrible and cruel legislative agenda. Any Immigration Bill MUST HAVE full funding for the Wall, end catch and release, visa lottery and chain, and go to merit-based immigration. Go for it! WIN!’

The audience, amused by Colbert’s performance of Trump’s tweet, drowned him out for a moment.

“Yeah. Ended sadly, didn’t it? There are two things wrong with this. One, if it was a law, the Republicans are in control of everything. They can fix it. Second of all, it’s not a law, this is a policy. It’s just another scoop from your chum bucket of cruelty. Trump says he regrets having to do this, but — and this is a sentence I never thought I’d utter — he justified his child prisons in the middle of a speech about his new Space Force.”

“No, it’ll be an all-baby reboot of ‘The Shawshank Redemption,’ ” Colbert joked, as the poster for this hypothetical reimagining appeared on a screen. 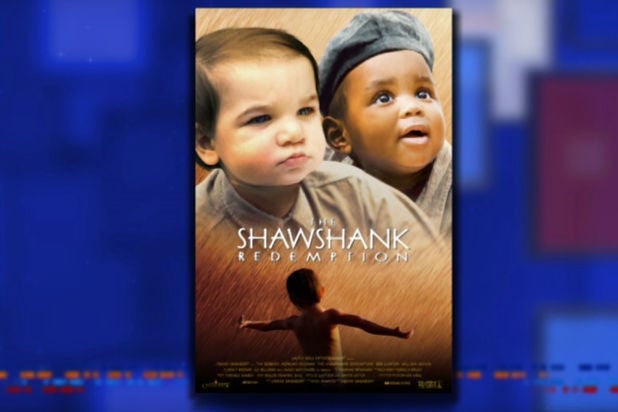 “But not everyone in the administration blames this policy on the Democrats. Some say the policy doesn’t even exist,” Colbert continue. “Like secretary of homeland security and definitely not the descendant of immigrants, Kirstjen Nielsen, who tweeted yesterday, ‘We do not have a policy of separating families at the border. Period.’ Then why are why are you locking up kids in an abandoned Walmart? Question mark, exclamation point, colon with your head up it? Then this morning, Nielsen made this shocking claim.”

Next up was a clip of Nielson saying:  “We do not have the luxury of pretending that all individuals coming to this country as a family unit are, in fact, a family.”

“Yeah, who can tell if these weeping toddlers are part of a family?” Colbert said. “They might not even be toddlers. They might be adults with shoes on their knees. Nielsen went on.”

Nielsen: “We have to do our job. We will not apologize for doing for our job.”

Also Read: Colbert: Even the White House Itself Has Been 'Demoralized' By Trump (Video)

“Yeah, they’re not going to apologize,” Colbert said. “What would that even look like? ‘We’ve taken your children hostage — sorry!’ ” 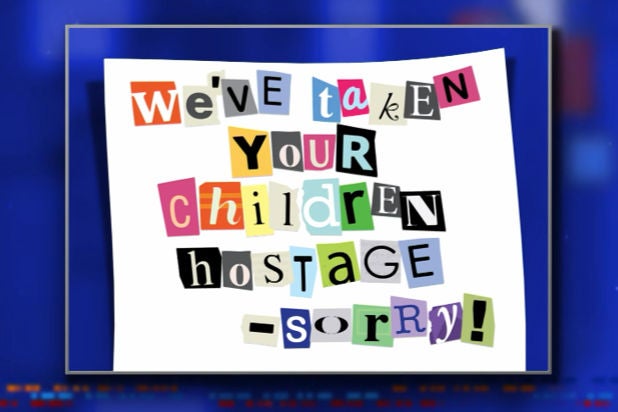 “And Nielsen’s not the only one defending this tactic. So is White House senior policy adviser Stephen Miller, seen here in his prom photo,” Colbert said as “The Late Show” displayed this image. 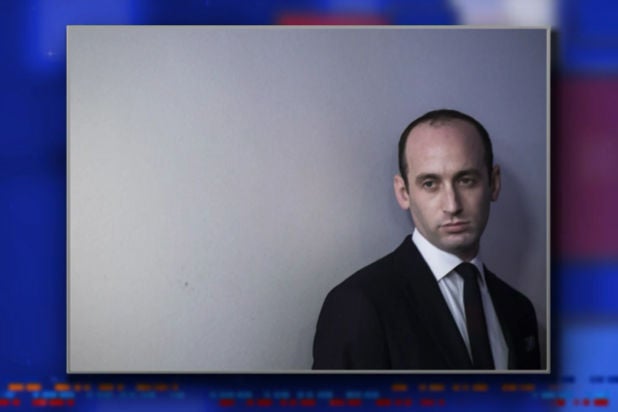 “Dead. Just dead. Just dead,” Colbert said. “He calls separating children from their parents a ‘potent tool for stopping migrants from flooding across the border.’ Which is fitting because I’ve always thought of Stephen Miller as a potent tool.”

That joke drew extended cheers and applause from the audience, but Colbert had to correct himself.

Also Read: Colbert Hopes That However Russia Is Blackmailing Trump, It's With Something Bigger Than the Pee Tape (Video)

“I’m sorry, impotent. Sorry. That’s not true. I’ve always thought of him as an impotent tool,” Colbert said. Of course, no national policy is complete until it has been vetted by the ‘Fox & Friends.’ ”

This next clip saw “Fox & Friends” host Steve Doocy say something rather mystifying while they showed images from a detainment center for children: “Look, I’m from a farm community. To me, I see the chain-link fences, it’s more like a security pen to me.”

Also Read: Kimmel Clowns Trump for Downplaying Manafort's Role in His Campaign: 'If This Is a Witch Hunt, They Caught a Witch'

You can watch this portion of Stephen Colbert’s monologue from Monday night’s episode of “The Late Show” in the video embedded at the top of this post.