Stephen Colbert kicked off his “The Late Show” monologue on Wednesday by talking about the various ways Republicans are holding the U.S. economy hostage. And he joked that those things need to be postponed so that there’s time for all the other impending disasters America is facing.

Some brief background: Basically, Republicans are blocking a new government spending bill and a raise in the debt ceiling as part of their efforts to stop the Biden administration’s agenda. And because two right-wing Democrats refuse to reform the filibuster, Democrats have been struggling to solve this problem.

Constitutional questions aside — the constitution literally says that the validity of public debt “shall not be questioned” — if Republicans succeed, there could be a government shutdown by Thursday, and in mid-October, the U.S. could default on its debts for the first time in history, potentially causing economic catastrophe. Fun, right?

Back to Colbert, who started his monologue talking about all this. In particular, he noted, “It would be what one economist called ‘financial Armageddon.'” Yikes!

“That’s bad news. And even worse timing,” Colbert said, “because America has already scheduled a plague Armageddon, a climate Armageddon and a democracy Armageddon.” Zing! 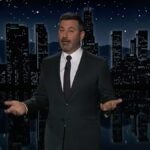 “Can we pencil that in for next Wednesday?” Colbert continued while holding up a date book. “Maybe a ‘lunch-mageddon’?”

That segment was basically Colbert breaking down all the ways Republicans are doing what they’re doing in order to stop the broadly popular Build Back Better-branded bills Democrats and Biden are trying to pass using the budget reconciliation process. As well, of course, as the problems within the Democratic caucus and various procedural articles. Amid all of this, Colbert did a parody of “Pure Imagination” from “Willy Wonka and the Chocolate Factory” that explained the budget reconciliation process.

It’s fun — for a definition of “fun” that includes being terrified. You can watch the whole monologue above.