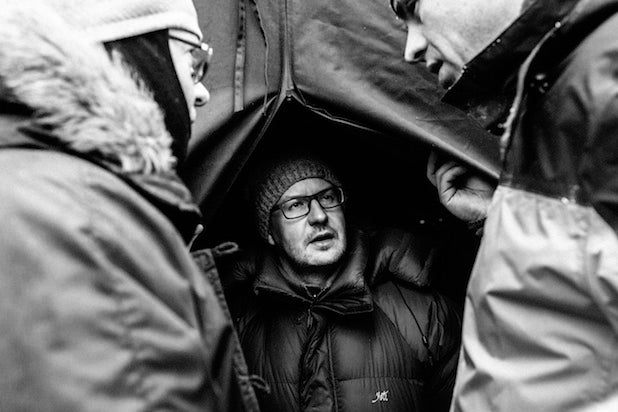 A version of this story about Lukasz Zal appeared in the Down to the Wire issue of TheWrap’s Oscar magazine.

Pinned to the wall behind “Cold War” director of photography Lukasz Zal’s desk is a poster with a quote from Australian cinematographer Christopher Doyle: “My best film is my next film.”

Zal is one of this year’s Oscar nominees for Best Cinematography and one of three nominated for foreign language films, which ties an Oscar record. For the first 38 years of the Academy Awards, foreign-language films were ignored in the Best Cinematography category. But in recent years, foreign fare has averaged almost one nomination a year. With this year’s three of the five nominations going to films not in English, it ties a record set in 2004 when “House of Flying Daggers,” “The Passion of the Christ” and “A Very Long Engagement” were all nominated.

But speaking from his home in Poland, Zal is ecstatic for the Oscar nomination on “Cold War” because it has already led him to that next film, ironically, this time an American project.

“I feel like a winner,” Zal said. “I have exactly what I wanted.”

It’s also a rarity in the modern era that two of the films nominated for cinematography are in black and white. Zal explains that “Cold War” shares something in common with that other nominee, Alfonso Cuarón’s “Roma.” Both films evoke the childhood memories of their directors, and the painterly, precise detail of black and white was necessary to create the worlds they remember, even though they “somehow never existed.”

Zal conceded that Poland’s landscapes post-World War II had very little color during this time, but the black and white ultimately gave “Cold War” a touch of realism and glamour. He said that only with black and white could the filmmakers achieve the contrast of the film’s lush, ravishing love story in this dreary time.

“Cold War” is Zal’s second collaboration with Polish director Pawel Pawlikowski after “Ida,” which also netted him an Oscar nomination. The film spans more than a decade of post-World War II Europe, telling the story of a stormy relationship inspired by Pawlikowski’s own parents.

In telling that story, Zal worked closely Pawlikowski in every aspect of the shoot, spending a month and a half on location scouting alone and at least half a year in preproduction. Though “Cold War” clocks in with a brisk running time under 90 minutes, Zal says Pawlikowski takes his time staging numerous takes and building in untold layers and depth.

Also Read: 'Cold War' Director Pawel Pawlikowski Is a First-Time Nominee Who Already Has an Oscar at Home

“We’re literally sculpting the image,” Zal said. “They synchronize in this one perfect take.”

Pawlikowski and Zal didn’t want to repeat themselves from “Ida,” so they aimed for the film’s contrast to be higher, to build in more energy and camera movement into every shot until audiences could truly feel the difference.

“People really feel this movie,” Zal said. “That’s the most beautiful thing in our job, that emotions are transferred.”

To read more of TheWrap’s Down to the Wire Oscar magazine, click here.