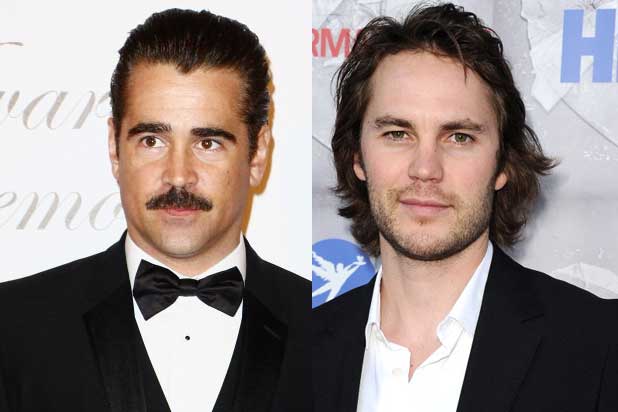 Colin Farrell is in talks to star in the second season of HBO’s “True Detective,” an individual familiar with the series told TheWrap, while Taylor Kitsch is also the leading candidate for the younger male lead.

An HBO spokesperson told TheWrap “there is no news to confirm on the casting.”

Insiders tell TheWrap that HBO was intent on landing a true movie star, someone who could play rugged and gritty, and they’ve done just that with Farrell, who is nearing a deal for the series’ older male lead.

While Farrell’s last movie, “Winter’s Tale,” bombed in theaters, its failure can’t really be attributed to Farrell, who won a Golden Globe for “In Bruges” and is coming off an acclaimed supporting performance in “Saving Mr. Banks.”

Kitsch is coming off strong notices for his performance as a young gay man in HBO’s “The Normal Heart.” While his two movie star vehicles, “Battleship” and “John Carter,” did not live up to the expectations created by their hefty budgets, Kitsch displayed solid chops on NBC’s “Friday Night Lights” and in Peter Berg’s “Lone Survivor.” Berg, of course, just worked with HBO on “The Leftovers.”

Garrett Hedlund has also been rumored to be in contention for “True Detective” but Kitsch is strongly believed to have an edge on the coveted role.

“True Detective” earned multiple Emmy nominations on Thursday, including nods for Best Drama Series and lead actors Matthew McConaughey and Woody Harrelson, neither of whom will return for the second season, which will be set in California.

HBO had a high bar to clear for the second season, initially pursuing both Christian Bale and Jessica Chastain. Those actors passed on the project due to scheduling issues, as “True Detective” will require a significant time commitment, according to sources.

While creator Nic Pizzolatto indicated Thursday that there are four leads, those familiar with the second season’s scripts have told TheWrap that there are three leads (two men and one woman), with Farrell’s character serving as the primary focus.

Farrell is represented by CAA and LBI Entertainment, while Kitsch is repped by WME and Untitled Entertainment.