This interview with Colin Hanks about “Eagles of Death Metal: Nos Amis” was conducted for the Race Begins issue of TheWrap’s Oscar magazine.

Of the 15 music-themed documentaries that qualified for the Oscars this year, Colin Hanks’ “Eagles of Death Metal: Nos Amis” has particular resonance.

Actor-turned-director Hanks followed the American metal band as it returned to play a concert in Paris three months after it had been onstage at the Bataclan club when terrorists raided the venue and killed 89 people. That 2015 terror attack was echoed in the bombing at an Ariana Grande concert in Manchester in May and a mass shooting at a country festival in Las Vegas in October.

Hanks had been friends with the band, particularly vocalist Jesse Hughes and drummer Josh Homme, who had stopped touring with the Eagles and was not present at the Bataclan show. His doc is partly an examination of what it was like to be inside the venue that night, but mostly an examination of friendship and of carrying on in the aftermath of tragedy.

You were friends with the band before the event in Paris happened, weren’t you?
I’ve known Jesse and Josh and the extended Eagles family for about seven years or so. They’re good friends of mine. In fact, when we were wrapping up the Tower Records documentary [“All Things Must Pass”] and we had no money for a music budget for our trailer, Jesse and Josh very kindly let us use one of their songs. And then they played a premiere party that we threw at the old Tower on Sunset. That was about three or four weeks before the attack.

But just because they’re friends doesn’t mean they’d want you to make a movie about one of the worst days of their lives.
No. And in fact we all initially resisted the idea. When it was suggested to me, my first instinct was no, because I don’t necessarily like to stick a camera in my friends’ faces when they’re going through the toughest time of their lives.

They were very much trying to protect me from everything they were going through and how hard it was. But the more we thought about it, we sort of realized that there was an opportunity to try and make something positive out of all this. And I was very determined to help my friends put an end to this chapter in their lives — to help document that, and document everyone in Paris coming together and trying to help each other move on as best as they can.

Were the interviews about that incident difficult?
We knew that we would be taking about the events, but we didn’t really know how that was going to unfold. We interviewed Joshua and Jesse the same night in L.A., and I sort of instinctively take the first 15 or 20 minutes of an interview to talk about anything you want.

I already knew their history, but I was asking them about their friendship, and about halfway through the interview, my partner Sean comes up to me and says, “I see what you’re doing.”

He goes, “These are two very close people that have this incredible bond, and then right at the moment when Joshua sort of lets Jesse go, this event happens. And what it’s like when your best friend is in the middle of a horrible event, a terrorist attack on the other side of the world?”

And I just sort of said, “Yeah, that’s exactly what we’re doing.”

But that all really just came from the fact that I’m friends with these guys, and these were the things I was thinking about when the reports were first coming in from Paris. My first instinct is hoping that Jesse’s OK, and Davey [Catching] and Matt [McJunkins] and Julian [Doro] and the crew, and the people that were there. But in the back of my head I was thinking, “Poor Joshua.”

I guess one of the things that I wanted to convey is when there are events like this, you sort of get lost in the minutiae of the details: These three bad guys came in and they brought this with them and this is the carnage that was the result. For me, I’m more concerned about the history of the people that were there, and the relationships, and the stress and the confusion that goes on in those moments.

There’s very little description of the killers’ movements in the film.
Ultimately, the simple fact is that for a good 15 minutes, and for some people for a few hours, it’s just chaos. You don’t know what’s going on and you don’t know why. You just know you have to get out. And I really wanted to convey that.

I wanted to make sure there wasn’t a lot of blood or violence, I didn’t want to just repeat all of the stuff that the news had been putting out. I wanted to convey the sense of confusion and fear and the things that are seared into their memory. Because I sort of feel like, when you’re able to describe what that situation is like on a personal level, it has more impact and maybe you have a better understanding of what those people went through. And maybe if you see this, you won’t go up to them and say, “What was that like?”

Unfortunately, and this really is painful, now there have been two other instances very similar to this, in Manchester and Las Vegas. So now people are consistently going to them asking them their opinions on these things.

I imagine that after the Las Vegas mass shooting, you had the feeling of, “Oh, my God, not this again.”
Well, yeah. It was like that with Manchester too. I was out on the road with the band just two days before Manchester happened. I was texting with Jesse, saying, “It’s so great to see you, and being past all of the stuff with the movie.” And then a couple hours later I got a text and he was like, “Are you watching the news?”

And then I saw Josh play a show with Queens [of the New Stone Age], the Cal Jam Festival, just a couple of days after Vegas.

I hate that these events keep happening like that. But it’s important, I think, for all of us to stick by the convictions we had back in Paris for that concert, which is that no matter what, we’re not going to stop what we’re doing. We’re not going to think twice about congregating and going to shows and having fun.

Really, you’re only guaranteed one thing in life, and that is life. Life is all you get, and all you get is now, so you’ve really got to grab it as often as you can, grab as much of it as you can, and share it with as many people as possible. That’s the spirit that the band has always had, and even more so now. 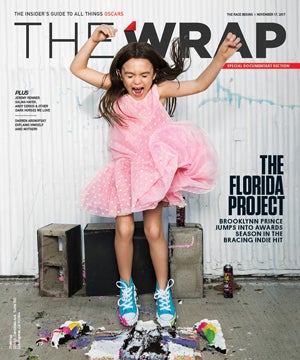