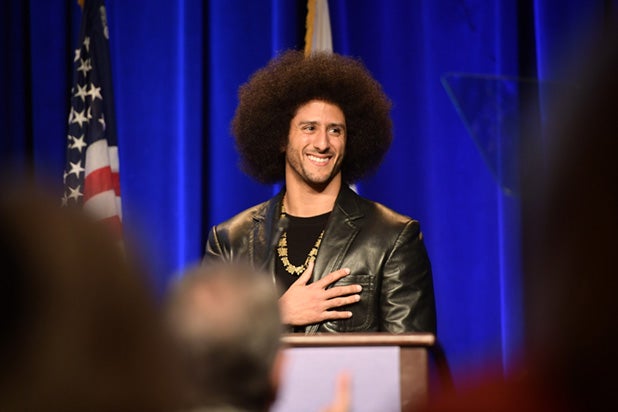 Colin Kapernick will join Medium’s board of directors, the online publishing platform announced Tuesday. The former NFL player’s Kaepernick Publishing will partner with Medium “to elevate Black voices in the news and publishing industry.”

Medium CEO Ev Williams posted a welcome message for the athlete and activist on the site, writing, “I know he will bring valuable insights and leadership to Medium, especially in this moment when the world is finally catching up to his vision on racial justice.”

In a Thursday statement, Kaepernick said, “I am excited for Kaepernick Publishing to partner with Medium to continue to elevate Black voices in the news and publishing industry. I also look forward to creating new opportunities and avenues for Black writers and creators with my new role as a Board member.”

Also Read: Colin Kaepernick To Release Memoir This Year Through His Own Publishing Company

The free-agent quarterback will be writing and collaborating on features for Level/Medium and Medium’s new blog Momentum, focusing on racism and civil rights, as well as interview “high profile leaders” on the topics.

Earlier in June, the NFL commissioner Roger Goodell encouraged players to “speak out and peacefully protest,” while admitting the organization was “wrong for not listening to NFL players earlier.”

Goodell did not specifically mention the player protests of silently taking a knee during the national anthem, which were started by Kaepernick during the 2016 season, nor did Kapernick’s name come up at all. Kaepernick has not been signed since that 2016 season.

Check out Medium’s announcement below:

We are excited to announce a new partnership with @kaepernickpub and to welcome @kaepernick7 as the newest member on our Board of Directors. Read the full statement here: https://t.co/BvtUJzZdFq pic.twitter.com/tIX23kvCu2