Actor-singer Jay Chou has been tapped as Kato in Columbia’s "The Green Hornet," the Michel Gondry-directed adaptation starring Seth Rogen. 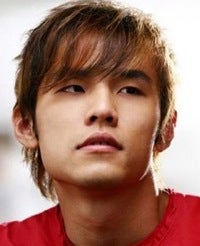 The Taiwanese-born Chou was first noticed in 1998 when a friend sang one of his pop compositions on a TV talent contest, accompanied by Jay on piano. In 2000, his debut album "Jay" quickly propelled him to stardom with numerous hits in Asia. He has been the best-selling Mandarin artist in the world for the past nine years.

"Jay is incredibly unique and charming and fights like a wild dog," said Gondry. "When I filmed him next to Seth, they had such great chemistry."

Chou said, “It’s an overwhelming experience to take on a role made famous by Bruce Lee. I will try to bring my own interpretation to the part. It’s a dream role.”

"The Green Hornet" will be released in 2010. Rogen and Evan Goldberg wrote the screenplay, and the film will be produced bu Neal Moritz.

As an actor, he has appeared in "The Curse of the Golden Flower" and "Kung Fu Dunk," and he made his directorial debut and starred in "Secret." He will next be seen in the Chinese film "True Legend."