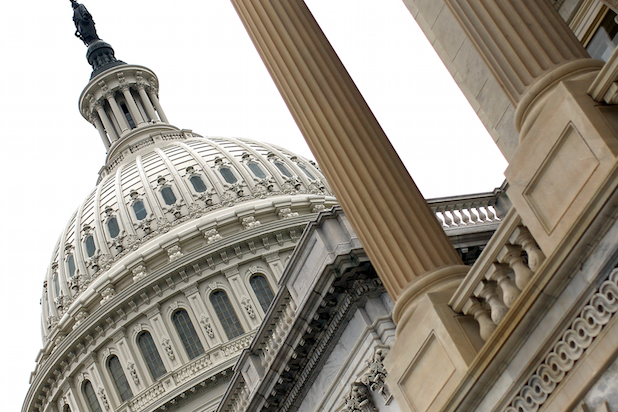 It didn’t take long after Comcast announced its intention to buy Time Warner Cable for media pundits to declare a winner.

Yes, Comcast will face intense regulatory scrutiny over the planned $45.2 billion deal, which will reward the communications giant with more than 70 percent of the cable market. Yet it took less than 24 hours for some media pundits to declare approval a foregone conclusion.

Why? Comcast has key political connections, formidable lobbyists and cash — but most importantly, it’s been here before.

The company made a similarly ambitious deal four years ago when it acquired NBC Universal for $13.75 billion. Bloomberg’s Edmund Lee told PBS “the smart money is that it will be a little easier this time than the last time.”

Also read: What the Comcast Purchase of Time Warner Cable Means for Cord-Cutting – and Consolidation

As the NBC Universal deal illustrated, victory comes with a few scars. Comcast made a few concessions to assure regulators they are all playing on the same team. It committed to an open internet through 2018, meaning that it would not discriminate against companies like Netflix in providing Internet services.

Yet Comcast has already anticipated what many of the concessions will be in this case, having already pledged to surrender about 3 million customers so its share of the video market remains less than 30 percent. It will make a few more commitments during the regulatory review, likely extending its agreement to net neutrality to all of Time Warner Cable’s customers.

Like any media and communications giant, Comcast has spent a great deal of time and treasure building relationships in the nation’s capital. If the government approves its purchase of Time Warner Cable, that investment will have been worth it.

Big spenders have a mixed record completing audacious deals under the Obama administration’s watch. AT&T abandoned its effort to acquire T-Mobile due to regulatory scrutiny, but American Airlines and U.S. Airways recently completed a merger.  Comcast has said it expects its latest merger to conclude by the end of the year, its confidence stemming from the tremendous influence it, along with telecommunications competitors Verizon and AT&T, wield in Washington.

Its influence is rooted in connections and know-how. Many of Comcast’s top lobbyists worked for politicians in a former life.

Melissa Maxfield joined Comcast in 2003 after working for former Senate Majority Leader Tom Daschle’s campaign and as political liaison to the Democratic Senatorial Campaign Committee, while Lindsey Dickinson came aboard after working for Texas Senator Kay Bailey Hutchison. Kathy Zachem, who will be the point person on Comcast’s various regulatory wrangling related to Time Warner Cable, was a founding partner at the influential D.C. telecommunications law firm Wilkinson Barker Knauer before joining the company in 2008.

Meredith Baker, an FCC Comissioner who approved of that deal, is now one of Comcast’s lobbyists, showing again the way the revolving door in the Beltway continues to move officials seamlessly between the worlds of government and commerce. Baker does not deal with Comcast cable issues and is recused from dealing with any issues related to the NBCUniversal transaction at the FCC, so she will not be involved in any Time Warner Cable talks, according to an individual with knowledge of the company.

Relationships and expertise only get you so far. There’s money, too, and Comcast spends a lot of it. Comcast has ladled out at least $14 million lobbying each of the past three years, including more than $18 million in 2013, according to Congress’ database of political disclosures. Its expenditures in 2013 ranked seventh in the country, according to OpenSecrets.org. For those eager to compare, AT&T spent $15.9 million on lobbying in 2013 while Verizon spent $14.4 million.

Comcast employees and affiliated political action committees have also made millions in political contributions both to national organizations and specific candidates. Employees and PACs have spent a combined $2 million in the 2014 election cycle thus far, a number that will increase as the mid-term elections near. The total figure during the 2012 cycle was $3.7 million, according to the figures on the Federal Elections Commission’s website. Opensecrets.org claims the number topped $6.5 million.

Comcast’s leadership also enjoys impressive access to the upper echelons of Washington, D.C. power. Comcast Chairman and CEO Brian Roberts is a golfing buddy of President Barack Obama and hosted a cocktail party for the commander in chief last summer at his Martha’s Vineyard home. He was on the White House’s Jobs and Competitiveness Council and publicly backed the president’s signature healthcare law at a critical juncture in December 2009, providing it with important corporate support.

David Cohen, the head of Comcast’s government relations operations, was one of the president’s chief bundlers, raising $2.2 million for his election and re-election efforts, according to the New York Times.  His appearance at last week’s state dinner for French President François Hollande was a testament to his influence.

“This is a true test of the cable lobby’s power,” said Craig Aaron, president and CEO of the media advocacy group Free Press, which opposes the merger. “I hope decision makers are hearing from average internet users, because Comcast is using its immense clout and they have a lot of sway in Washington.”