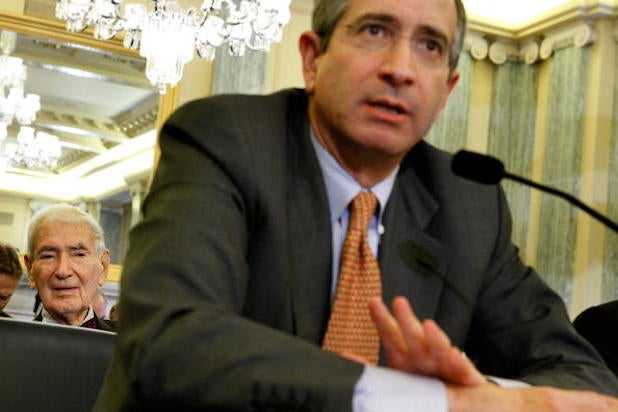 The question for regulators who can float or sink Comcast’s $45.2 billion deal for Time Warner Cable will be: Is Comcast just too big?

The wheels are in motion — two senators announced plans Thursday for hearings on the deal that Comcast wants wrapped up by year’s end, and consumer groups are already urging both the Justice Department and the Federal Communications Commission to block it. Where will regulators fall? Predictions among Washington observers were all over the spectrum.

One thing is certain: It’s not going to be easy.

“This merger is going to be an excruciating wrestling match no matter how it goes,” said Mark Cooper, research director for the Consumer Federation of America.

Susan Crawford, a visiting professor of First Amendment law at Harvard University and a longtime critic of media consolidation, put the chances of regulatory approval of the deal at 50 percent. She cited significant concerns about whether the deal would make Comcast a “toll-taker” on the cable and Internet highway.

“You could make all of America like the George Washington Bridge where there are bullies controlling the bridge,” she told TheWrap. Crawford said Comcast would have unbridled power to control many Americans’ access to the Internet and cable, and determine at what speed and at what price.

Any consolidation within the industry is regarded warily by Hollywood’s creative community, and the Writers Guild of America, West made clear where it stood.

“Comcast’s proposed merger with Time Warner Cable is bad for everyone: content creators, programmers, suppliers, and consumers,” it said in a statement. “As writers know all too well, media consolidation leads to already too powerful companies limiting competition. The WGAW will fight to stop this ill-conceived merger.”

Mark Cooper, research director for the Consumer Federation of America, however, suggested a more likely course is for regulators to approve the deal — but only after attaching significant concessions.

“This merger is not going to fly through,” he told TheWrap. “It will have a boatload of conditions, a lot more than a few divestitures.”

He predicted that approval would come only if Comcast agreed to significant concessions, including guaranteeing Net Neutrality, non-discriminatory channel placement, and a ban on any action that prevents rival companies from offering  competing Web channels.

Sen. Al Franken, D-Minn., who opposed approval of Comcast’s deal for NBC Universal, sent a letter to regulators Thursday voicing “serious reservations about this proposed transaction,” pointing to worries about its impact on cable rates and on media concentration on the whole.

“Cable rates have risen significantly over the last two decades,” he wrote. “Unfortunately, a handful of cable providers dominate the market, leaving consumers with little choice but to pay high bills for often unsatisfactory service. I am concerned that Comcast’s proposed acquisition would only make things worse.”

On Thursday, in announcing the deal, Comcast officials said it would divest some properties to stay below a 30% share of the national market for cable, but declined to identify which. David L. Cohen, Comcast executive vice president, also suggested that because Comcast and TWC compete in different markets, the regulatory issues raised by the deal would be less than those raised by Comcast’s deal for NBC Universal and approval could be easier.

Comcast Senior VP David L. Cohen defended the deal Thursday, calling it “pro competition” and suggesting the deal would have far different effects than those who claim “the sky is falling.”

“There is no competitive overlap so there will be no reduction in competition,” he said. “Not one consumer will be deprived of a choice.”

“I really don’t think that anyone will be able to make a credible argument that with under 30 percent of the market and given the dynamism of the market today and the high level of competition between satellite, telcos and cable, programmers are not going to continue to enjoy the level of leverage that they have been able to enjoy recently as a result of their ability to offer their programming over multiple other video channels,” Cohen said.

Neither the FCC nor the Justice Department offered any public comment about the deal.

Sens. Amy Klobuchar, D-Minn., and Mike Lee, R-Utah, announced plans to hold a hearing on the deal at their Senate Judiciary Committee Subcommittee on Antitrust, Competition Policy, and Consumer Rights.

“This proposed merger could have a significant impact on the cable industry and affect consumers across the country,” Klobuchar said. “I plan to hold hearings to carefully scrutinize the details of this merger and its potential consequences for both consumers and competition.”

Lee said the hearing would target the effect of the deal on competition.

Consumer groups on Thursday predicted the deal would get extensive review. The Justice Department reviews any antitrust implications; the FCC reviews public-interest impacts.

At the FCC, the deal will be the first major pact to be reviewed by new FCC Chairman Tom Wheeler, who’s suggested before that the agency use its authority in reviewing deals compel companies to adopt standards. The FCC as part of the Comcast/NBC Universal review got Comcast to agree to Net Neutrality conditions, but those conditions expire in 2018. There was speculation that the agencies could demand an extension as one condition on approving the deal.

“The fundamental question is whether Comcast is too big an owner, and whether it gives them anti-competitive powers against programmers and video,” Gene Kimmelman, president of Public Knowledge, told The Wrap. Kimmelman was one of the top Justice Department officials involved in assessing conditions on Comcast’s purchase of NBC Universal.

“The question is whether there is a significant danger that they will be too big a force in video will require a careful look by regulators.”

She said that despite Comcast’s claim that the deal would raise few issues — because the company less than a 30 percent share of the market for cable — some studies had shown that a 25 percent share was significant enough to cause major impacts.