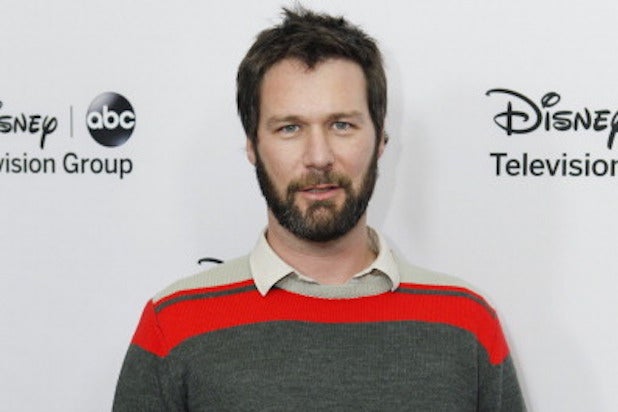 Michael Manasseri is directing from a screenplay by Sheldon Cohn, based on a story by Gary Wolfson and Cohn.

Storyboard Entertainment’s Jason Potash and Paul Finkel are producing with Cohn and Wolfson, while Manasseri is producing through his company Made in Michigan Entertainment. Eddie Rubin will executive produce the film, which starts production this month in Michigan.

Dore stars as a down-on-his-luck party emcee who’s desperate for cash and corrupted by his shameless uncle (Paymer) to steal his grandmother’s (Cohen) secret pickle recipe.

Storyboard’s recent credits include “Dial a Prayer,” which starred Brittany Snow and William H. Macy, and was released theatrically in April. The company is currently in post-production on Austin Reading’s sci-fi horror movie “Darkness Rising” and in pre-production on the thriller “Adirondack Hunt Club.”

Dore has appeared on Comedy Central’s “Kroll Show” and “Inside Amy Schumer,” and he also had his own series, “The Jon Dore Television Show.” He’s represented by the Gersh Agency and Principato-Young Entertainment.

Also Read: Chris Pratt Is Not a Piece of Meat in 'SNL' Promos, But He Can Open a Jar of Pickles (Video)

Paymer, who is repped by APA, stars on the CW’s “Hart of Dixie” and received an Oscar nomination for “Mr. Saturday Night.” He also worked with Billy Crystal on the “City Slickers” movies, and appeared in seminal ’90s movies such as Robert Redford‘s “Quiz Show,” Rob Reiner’s “The American President” and Oliver Stone‘s “Nixon.”

Cohen played Mags in “The Hunger Games: Catching Fire,” as well as Golda Meir in Steven Spielberg‘s “Munich.” She also played Magda in the “Sex and the City” movies and Philip Seymour Hoffman’s mother in Charlie Kaufman’s “Synecdoche, New York.” Cohen, who can currently be seen alongside Rory Culkin in Lou Howe’s indie drama “Gabriel,” is repped by Douglas, Gorman, Rothacker & Wilhelm.