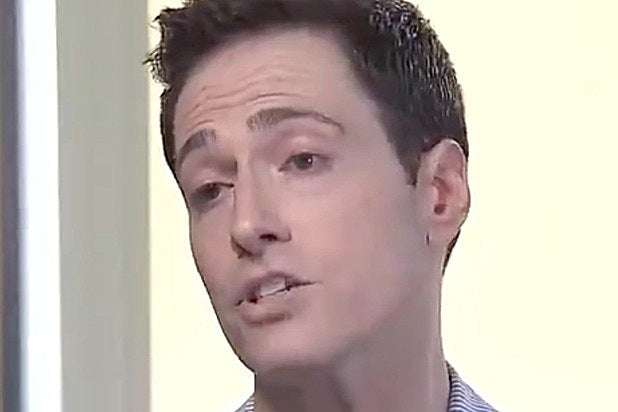 Comedian Randy Rainbow trended on Twitter Monday for a video about his “healing” satire, but unlike most of the clips that cause Rainbow to trend, this one was made about him, not made by him.

CNN’s John Berman sat down with the comedian for a wide-ranging interview that aired during “New Day” and saw the viral hit-maker explaining the popularity of his videos, which parody the presidency of Donald Trump: “I understand now that what I’m doing is really even more important than I knew. I think it’s just a testament to how healing and important — especially in times like this — humor is.”

After his CNN interview aired, Rainbow hopped on a phone call with TheWrap to say he’s “thrilled” with the positive reception it’s gotten online.

“As an LGBTQ person who’s always, to this point, been rather fringe — I guess you could say a guilty pleasure — it’s nice to get this mainstream recognition,” he told TheWrap, adding, “My mom is thrilled, which is really all that matters.”

Rainbow — who confirmed to Berman that yes, that’s his real name — has earned acclaim for his videos from millions of Internet uses as well as musical theater great Stephen Sondheim. Now, he’s nominated for an Emmy.

He told Berman his career satirizing politics is “almost crazier” than the praise he’s gotten from Sondheim because he “had no interest in politics whatsoever” growing up.

“I watch CNN constantly,” he assured Berman while detailing how he prepares for his videos, which take on First Lady Melania Trump’s “Be Best” campaign, Trump’s immigration promises, the drama surrounding departing White House staffers, and more. “It’s on every television. I’ll decide what the topic is. Then I’ll write for about three to four hours, I’ll record the song, and then I’ll film for another three or four, then I stay up all night editing. I haven’t slept since June of 2016.”

When asked his favorite anchor, he said he felt like he was being set up before naming Berman but admitting he wouldn’t have been mad to be interviewed by Chris Cuomo, either.

Later, he joked to TheWrap that he hopes Berman is just the first of his CNN crushes to spend some time with him, then added, “Jake Tapper, stop playing hard-to-get.”

“It kills me that I still haven’t had a chance to see @RandyRainbow perform live–he is keeping me (and not just me) sane,” wrote Dan Savage. “A queer hero of the resistance.”

On Twitter, the entertainer spent Monday morning interacting with fans, liking comments and tweeting his gratitude to those who tuned in.

As for any of those viewers who hadn’t yet “experienced his work,” he told TheWrap, he hopes they’ll binge his videos.

“I hope they’ll go and maybe binge me a little bit and see what I’m trying to do, which is kind of be as much of a spoonful of sugar as I can in these troubling times, use comedy as my weapon of choice and get people to laugh instead of cry and sing instead of scream.”

Watch the full interview via CNN below.

First time Emmy nominee and comedian @RandyRainbow is the star of a viral series of musical parody videos and political spoofs. He sits down with @JohnBerman to talk about his work, life and his meteoric rise in the current political climate. pic.twitter.com/6h8iTsPsYm