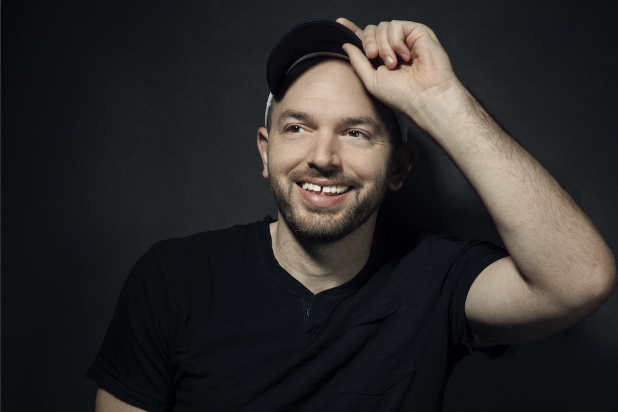 Comedy Central has greenlit the new digital series “Unsend,” which will look at social media’s sublime and bizarre reactions to everything happening in the world each week.

Paul Scheer (“The Disaster Artist,” “The League”) will produce the series, which is hosted by Joel Kim-Booster (“Conan”) and Patti Harrison (“Tonight Show With Jimmy Fallon”) and created by Deanna Cheng (“Heathers”) and Matt McConkey (“Heathers” and the Homophilia podcast).

The show examines the week’s events through social media, focusing not so much on what happened as on how people reacted online — from Reddit to “ill-informed tweets and TMI Instagram stories,” according to a release. The hosts will cover everything from entertainment to sports, spotting trends and interviewing celebrities about online regrets. “Daily Show”-style correspondents will do deep dives into memes and baffling feuds.

Also Read: Paul Scheer's 'Galaxy Quest' Show Is in a 'Hold Pattern' - But Will Be What 'Force Awakens' Is to 'Star Wars'

“Unsend” does not yet have a release date.

Besides acting and producing, Scheer is a podcasting veteran, responsible for “How Did This Get Made,” which looks at cinematic misfires, and “Unspooled,” which focuses on every movie on the AFI top 100, has been a top performer on iTunes since its launch this past spring.

Scheer also appeared recently on our “Shoot This Now” podcast, where he pitched a movie idea about 19th century con woman Bertha Heyman and told us about his plans for relaunching “Galaxy Quest” as a TV show.

You can listen on Apple or right here.