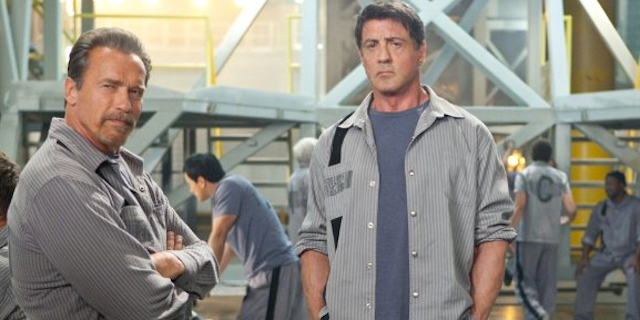 Arnold Schwarzenegger and Sylvester Stallone are heading to San Diego next week to host a screening of their upcoming film, "Escape Plan," for Comic-Con attendees.

The action icons will present their latest collaboration to an audience at the Reading Cinemas Gaslamp 15 on July 18.

Fans itching for passes to the advanced screening, ahead of the movie's Oct. 18 release date, can obtain them through online giveaways and the Summit booth located on the convention floor within the Grand Hall.

People can also line up outside the theater at 5 p.m. the day of the screening for a chance to snag passes and greet Schwarzenegger and Stallone as they walk the red carpet.

Both actors appeared at last year's Comic-Con to promote "The Expendables 2," which went on to become a modest summer blockbuster. The $100 million production raked in more than $300 million at the box office around the world, and encouraged Lionsgate to greenlight another sequel.