A “Community” movie will happen, the sitcom’s creator Dan Harmon has affirmed. The comments come on the heels of cast member Alison Brie previously telling TheWrap that “legitimate conversations” are happening about a film spinoff coming to fruition, with Harmon adding, “Legitimacy is here.”

After the promise of “Six Seasons and a Movie” became a rallying call for fans of the show – which debuted on NBC and finished its run as a Yahoo! Screen original in 2015 with Season 6 – Harmon and Co. were inundated with questions over whether a “Community” movie might happen. Now, with a story outline in place, negotiations are underway.

“I’ll confirm what Alison said which is that legitimacy is here, conversations and agreements are happening,” Harmon told TheWrap during an interview about the upcoming season of “Rick and Morty.” “There’s a story – who knows if we’ll end up sticking to it, but it was something we had to compile in order to take it out and court various venues. And now negotiations happen.” 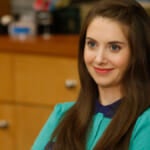 However, Harmon cautioned fans that this news doesn’t mean the film is necessarily happening soon.

“Now, I say that with such caution, because sometimes the audience is like, ‘So that means what a year, two years?’ I could have said what I just said three years ago and it would have been almost as accurate, and can you imagine if I had said that three years ago? That’s me setting people up for three years of abusive neglect and making them feel forgotten, and it’s hard enough to just say nothing.”

But while owing that the future is unpredictable, Harmon said it’s no longer an “if” but a “when” when it comes to the “Community” movie.

“When you put the percentage chances together it’s like you have to account for maybe the world blowing up or another virus happening. But as far as the industry is concerned, this is a matter of when and not if, for sure.”

Most of the major players of the show, including Joel McHale, Gillian Jacobs and Ken Jeong, have expressed enthusiasm for reprising their roles in an eventual “Community” movie, and the entire main cast (including Donald Glover) reunited for an emotional virtual table read of an episode in 2020.

While story details and where the film might end up (where it be a streamer or a theatrical studio) are unknown at this point, Harmon’s update is the most promising he’s given yet. 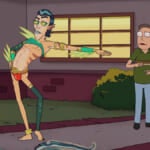