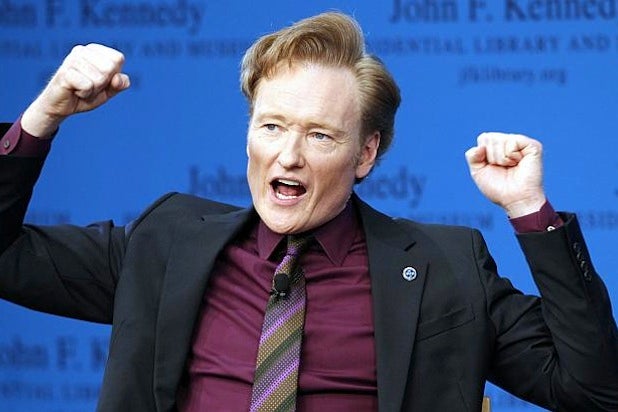 A promotional video for the Conan O’Brien comedy talk show on U.S. television network TBS simulated the sound of the Emergency Alert System — and some viewers did not find it funny.

The Federal Communications Commission on Wednesday said a 2012 consumer complaint prompted an investigation that found TBS owner Turner Broadcasting, a cable unit of Time Warner Inc, misused the sounds that are meant to warn viewers of national emergencies.

Turner now faces a fine of $25,000 for “the transmission of false distress signals” unless it can prove the FCC’s ruling is wrong within 30 days.

“It is inexcusable to trivialize the sounds specifically used to notify viewers of the dangers of an incoming tornado or to alert them to be on the lookout for a kidnapped child, merely to advertise a talk show or a clothing store,” said FCC enforcement bureau acting chief Robert Ratcliffe. “The FCC will not tolerate misuse or abuse of the Emergency Alert System.”

Turner spokeswoman declined comment on Wednesday but during the investigation, Turner told the FCC that the promo in question had such a quick turnaround that it did not undergo a standards and practices review, but that since then, all similar promotions for the Conan show receive such review.

The FCC on Wednesday said it investigated another misuse of the EAS sounds in an ad for “The Fan Wear & More Store” in Kentucky, where the licensee for the WNKY(DT) station agreed to pay $39,000 to settle the case and started a public awareness campaign to educate viewers about EAS.

The EAS is a national public warning system that ensures the U.S. president could address all Americans during a national emergency and allows federal, state, and local authorities to deliver emergency information, such as Amber Alerts about missing children or tornado warnings.