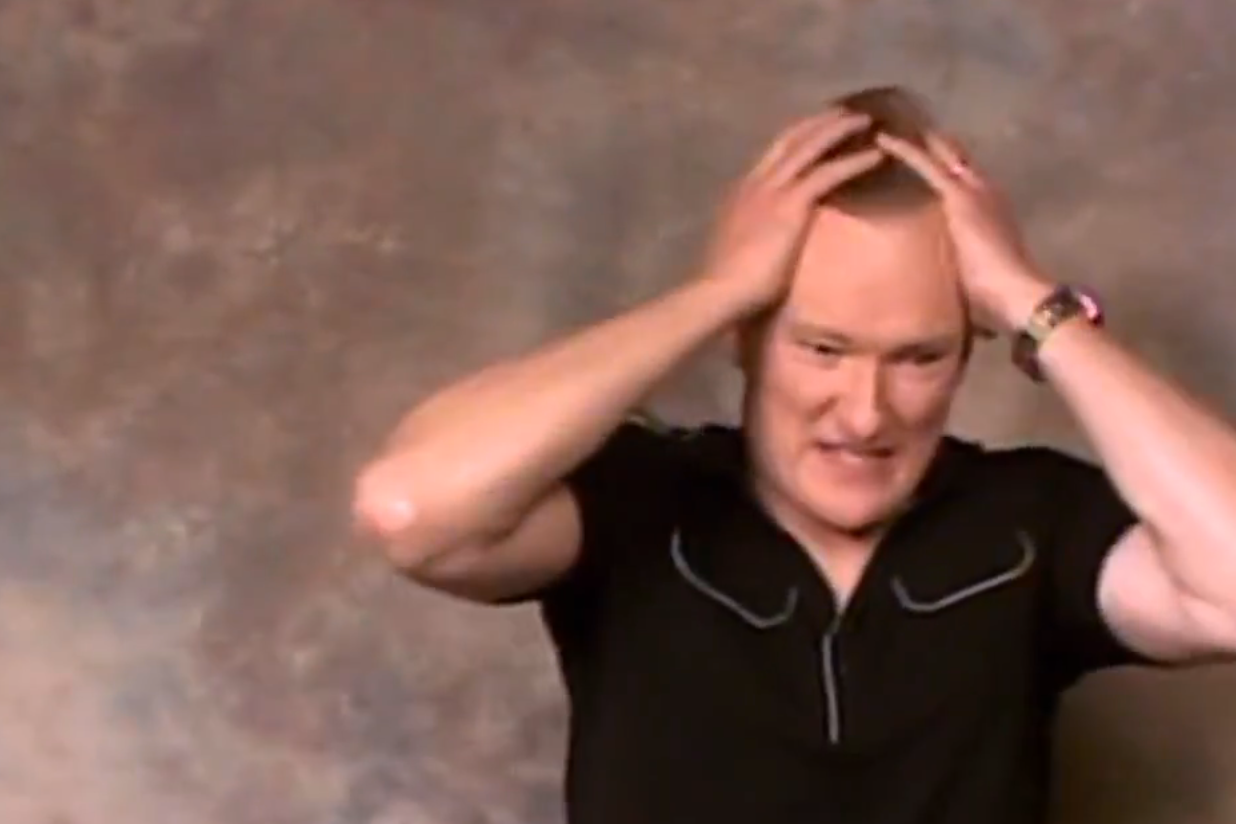 That’s the question bedeviling Conan O’Brien as the late night host auditions for a role as International House of Pancakes pitchman. In a segment on Wednesday’s “Conan,” the comic gets a crash course on the intricacies of auditioning for television commercials.

From developing the motivation for a burger loving character (he’s recently come out as gay!) to acting out a car commercial set in the midst of a Hurricane Katrina-like rain, O’Brien quickly discovers that hawking products is not for the faint of heart.

The demands of smiling for the camera, addressing the whims of exacting clients, and sticking to the script eventually leaves O’Brien confessing that he can’t satisfy his wife or hold a job.

Maybe he should stick to late night.