Being fired from “Weekend Update” was not the only fallout from Norm Macdonald’s relentless fixation on making jokes about O.J. Simpson, the late comedian’s longtime friend Conan O’Brien said during a special episode of his podcast this week.

O’Brien, in conversation with Andy Richter and “Late Night” and “Conan” producer Frank Smiley, said NBC once tried to bar Macdonald from appearing on “Late Night With Conan O’Brien.” The host said the directive came from former NBC executive Don Ohlmeyer, whose friendship with Simpson was said to be the reason for Macdonald’s earlier removal as “Weekend Update” anchor.

“The word came down. ‘You can’t book Norm Macdonald,'” O’Brien said. “It came from the top, from Don Ohlmeyer.”

(Ohlmeyer, who died in 2017, denied having anything to do with Macdonald’s “SNL” fate at the time.)

“I wrote a letter to Don that said, you know, I got this directive. You’ve hired me to do the best show I can do, and this is my best guest,” O’Brien recalled, citing a sense of “loyalty” to Ohlmeyer, who hired him to host “Late Night” for the network. “I need to do my job, which is the best show I can do,” he said in the letter.

O’Brien received the letter back with a response from Ohlmeyer written in the margin, saying something akin to, “I expected better from you.”

“It was basically me being told … I’m really disappointed in your lack of loyalty or something,” O’Brien said. “And I felt at the time, that’s not a lack of loyalty. That is loyalty. I always greedily wanted more Norm.” 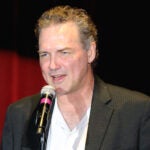 Also Read:
Enjoy This Supercut of Norm Macdonald Lying About His Age (Video)

Macdonald died earlier this week after a private battle with cancer. O’Brien, who said he wasn’t aware of Macdonald’s illness prior to the news of his death, organized the last-minute episode of his podcast, “Conan O’Brien Needs a Friend,” to pay tribute to the comedian.

“We are accustomed, sadly, to losing funny, talented people all the time,” O’Brien said on the episode. “I think Norm’s impact is only going to grow. And I think his significance in comedy is only going to expand over time. Because he was such, such an incredible talent and trying to describe what made Norm different is so difficult. … He was an original, and there was no one like Norm.”