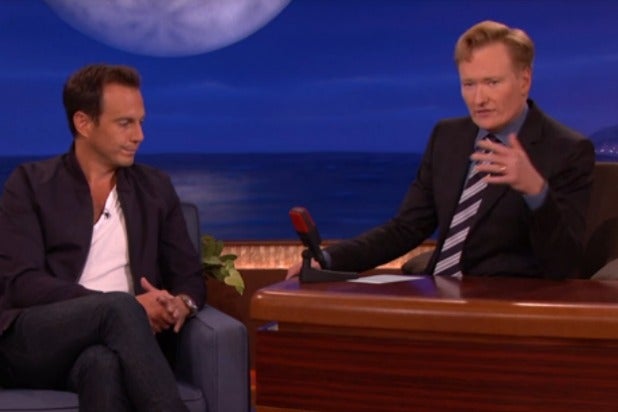 Conan O’Brien paid tribute to Robin Williams after learning of his death during Monday’s taping of “Conan.”

NBC’s “The Tonight Show” began taping Monday before news of Williams’ death broke, and CBS’s “The Late Show With David Letterman” and ABC’s “Jimmy Kimmel Live” aired reruns. That left O’Brien to honor Williams, who died at 63 of an apparent suicide.

“This is unusual and upsetting, but we got some news during the show that Robin Williams has passed away,” O’Brien told his audience, apologizing to anyone hearing the news from him. “This is absolutely shocking and horrifying and so upsetting on every level.”

“It’s got to be a terrible time for his family and our thoughts go out to them,” Richter said.

Guest Will Arnett, whose sitcom “The Millers” was part of a Thursday comic comedy block with Williams’ “The Crazy Ones” last season, said Williams was one of the greats.

As funny as Williams was, Arnett said, “he was even better as a person… just the loveliest, sweetest, one of the kindest guys that I’ve ever worked with.”