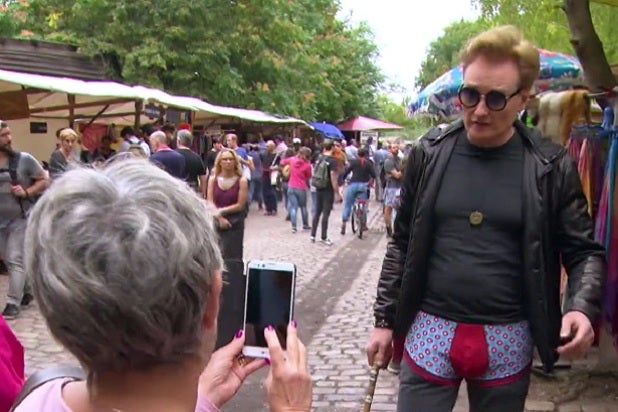 Now a senior vice president for the comedy cable channel’s originals, Wolkis will continue to manage production on all those series. For Conan O’Brien’s late-night talk show specifically, Wolkis is charged with enhancing the brand through its “Conan Without Borders” specials and other initiatives, per TBS.

TheWrap previously exclusively reported that “Conan” is considering a number of potential format changes. (Here are some options currently on the table, and here is executive producer Jeff Ross’s internal email to his staff addressing our story.)

“David is a strategic and innovative executive who has built strong relationships with the talent and production teams behind TBS’s original series,” Mark Weissman, SVP of Production for both TNT and TBS and to whom Wolkis reports, said Tuesday in a media release. “Through his work this past year, he made significant contributions to the launch of our new slate of TBS originals, all of which have turned out to be critically acclaimed hits. I am fully confident he will keep that track record going in 2017 and beyond.”

Wolkis, who is based in Los Angeles, has been with Turner since 2000. He started there as an accounting assistant for TNT Originals.

A native of Arizona, Wolkis holds a degree in accounting and media arts from the University of Arizona.