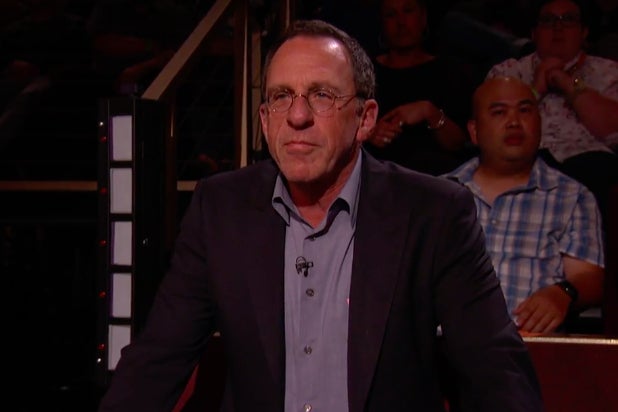 “Conan” executive producer Jeff Ross reassured staff Thursday that the show would stay on its current schedule for at least the rest of this year.

We’ve obtained Ross’ internal memo, which reads: “I’m sure most if not all of you have read press about the show going to once a week. Though it is true that we have been having discussions with TBS about changing up the show down the road, nothing has been decided and there is no timetable at this point. Everything will remain the same at least through 2017. If or when we get to a decision on this we will let you all know.”

Martin told TheWrap during a Wednesday Consumer Electronics Show dinner about the format change he aspires to see in the future, which aims for more pre-taped sketches and fewer episodes. The Turner chief was inspired by Conan’s recent remotes in countries like Cuba, Berlin and South Korea, which have proven to get the host’s creative juices flowing. The overseas shows also didn’t hurt TV ratings, which could use a B12 injection overall.

TBS boss Kevin Reilly walked Martin’s plan back a bit Thursday in the following statement: “Conan remains an invaluable franchise, partner and producer for our TBS brand and we’ll be in business with him for a long time. As the media landscape continues to evolve, Conan will continue to lead the evolution of what a talk show will be in the digital age. At this time, we have no plans to change the format or frequency of his popular TBS show. In addition to Conan’s daily responsibilities to his talk show, we continue to have very ambitious plans that will further broaden and evolve our relationship with Conan.”

O’Brien’s TBS deal expires in 2018, which means early negotiations for his next contract there are currently underway.

Also Read: How 'Conan' May Change After TBS Deal Expires Next Year

A rep for O’Brien told TheWrap that any changes are still being discussed, and that Martin got a bit ahead of himself. Still, the team wants to alter the creative direction for “Conan” in near the future.

The O’Brien camper explained that his client recently approached TBS with some new ideas. Evidently, the tall “Tonight Show” alum has really enjoyed the out-of-studio stuff, including “Clueless Gamer” and a gigantically viral 2016 sketch with Kevin Hart.

“Everybody loves each other,” the rep told us of the parties involved. So stay tuned to see exactly what happens with “Conan” down the road.