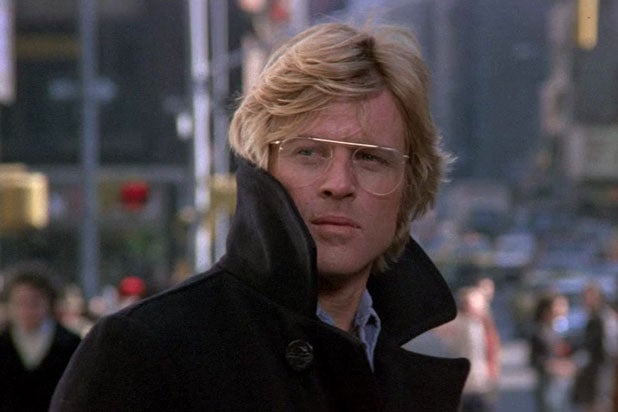 “Six Days of the Condor” will fly yet another day, this time on DirecTV.

The classic 1974 spy novel by James Grady will be remade as a TV series from director Michael Dinner, known for his work on “Justified,” “Sons of Anarchy,” “Masters of Sex” and other shows.

The book was adapted into “Three Days of the Condor,” a 1975 hit starring Robert Redford (pictured) and directed by Sydney Pollack.

“Condor” tells the story of a low-level CIA employee who returns from lunch to discover that everyone in his office has been killed. On the run, the employee becomes ensnared in a web of intrigue involving higher-ups.

Skydance Television and MGM are partnering on the DirecTV production. The satellite provider has ordered 10 episodes; no cast or premiere date yet.

DirecTV will air “Condor” on its in-house Audience Network.