Clay Travis, founder of OutKick and nationally syndicated radio host, used his platform to utterly torch a local Little League umpire, who makes an hourly wage calling children’s baseball games, after the ump threw him out of the game for calling an obscure rule violation on his 11-year-old son.

Travis, who lives in the Nashville area, posted an 8 minute and 30 second rant devoted entirely to ridiculing the anonymous umpire who tossed him after he dropped an f-bomb while arguing the call. 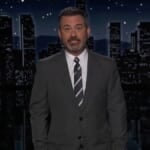 Travis said the game started on a bad foot when the ump took a 10-minute bathroom break after the first half-inning, then flagged a kid for wearing a gold chain. After the game resumed, Travis’ son was up to bat with two on and two out, down by a run.

When the catcher threw to check the runner at third, the ump called Travis’ son for batter interference – an obscure rule designed to prevent batters from intentionally getting in the catcher’s way.

“If you’re so power-hungry that you have to call kids out for minor violations of the rule,” said Travis, using his platform to ridicule the ump for a minor violation of rules-enforcement. “I guarantee if we sent the tape in to whoever this loser’s boss is, they would say, ‘Yeah, he was wrong here.'”

Travis, co-host of the syndicated conservative talk radio show “The Clay Travis & Buck Sexton Show,” compared that move to what they routinely do in the NFL after a bad call – squaring the circle that officiating in Little League and multi-billion dollar sports megafranchises are in no way different.

“You should do as little as possible to influence the game,” Travis said in a video posted to Twitter (which you can watch, above). “You’ve called three people out for violating rules that I’ve never seen . You’re getting paid. You are a professional. So you should, in my opinion, be held to a professional standard.”

Indeed, good judgment is indeed the hallmark of any profession.