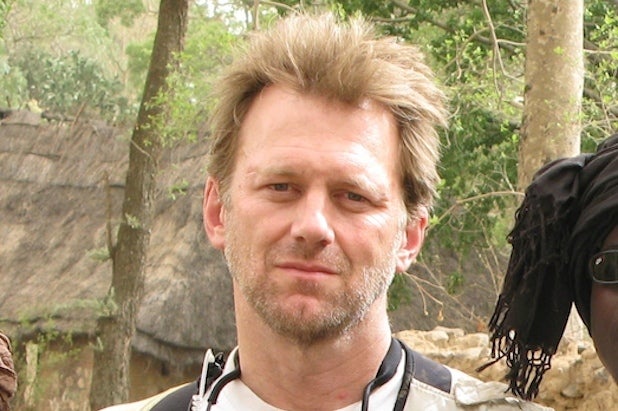 Herbalife, the most controversial nutritional supplement company in the world, has spent the last few years in the spotlight.

Now, it’s about to get a whole lot more attention.

Also read: Amy Berg on Her Hollywood Sex Ring Documentary: ‘It’s Bigger Than the One Case’

Filmmaker Ted Braun, the director of the National Board of Review-nominated and NAACP Image Award-winning documentary “Darfur Now,” will next direct a doc about the direct-selling business and Wall Street flashpoint, TheWrap has learned. The film will be produced by Glen Zipper, the producer of the Oscar-winning doc “Undefeated,” and Devin Adair.

Herbalife is in the midst of a two-pronged battle with an investor Bill Ackman, who is short-selling the stock in a more than $1 billion bet, and regulators who question the company’s nutritional claims and also suspect it of being an exploitative pyramid scheme.

“There are two dimensions to Herbalife: nutrition and business or, as they say, health and wealth,” Braun told TheWrap. “The nutritional dimension is not a burning public issue at the moment, but the question of whether their business model is a pyramid scheme lies at the center of this battle and our film. At the moment characters on different sides of this conflict believe that their opponents are not only in error, but wrong. So they’re fighting with great zeal and with all the resources they can muster. For them this is not just a matter of judgment but has moved to a question of morality – right and wrong, good and evil.”

As Braun describes, there are many lives and billions of dollars hanging in the balance.

“The company’s life is at stake.  Ackman has said publicly he believes Herbalife’s stock price should be zero.  And he has put $1 billion of Pershing Square’s assets on the line,” he said. “So his company, and he and his reputation, are also at great risk.  In addition there are ordinary Americans, established families as well as hardworking recent immigrants, with huge amounts at stake for them.  Some have changed their lives through Herbalife and have extraordinary hopes tied to the success of the company. Others feel ruined byHerbalife and are in search of justice.  I’m expecting to find a great documentary situated squarely at the crossroads of money and the American dream.  It will be brought to life by engaging characters on all sides and at all levels of this 21st century battle.”

The film began production last fall and is expected to be completed early next year.