We finally have another glimpse at the next Sally Rooney adaptation. Hulu released a full-length trailer Tuesday for the upcoming miniseries “Conversations with Friends.”

The series follows Frances (played by Alison Oliver), a 21-year-old college student, as she navigates a series of relationships that force her to confront her own vulnerabilities for the first time.

At the beginning of the trailer, Oliver’s Frances admits she thought she “maybe wasn’t capable of love.”

“I thought there was something wrong with me,” she says. That is, until she lays eyes on Nick Conway (played by Joe Alwyn). That’s when she knows that isn’t true. The pair quickly fall for one another, despite the fact that he’s married. 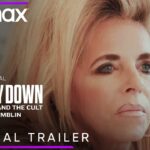 “Conversations with Friends” also stars Sasha Lane as Bobbi Connolly and Jemima Kirke as Melissa Conway — who also develop a romantic relationship over the course of the series.

By the end of the preview, these relationships — which were once full of joy and excitement — appear to be in shambles. “I don’t think I thought about the reality or consequences,” Alison says.

As if emotions weren’t high enough already, the trailer also features a new song from Phoebe Bridgers, titled “Sidelines,” which she wrote for the series. It is, of course, beautiful and haunting.

“Conversations with Friends” is based on a book of the same name by Sally Rooney. This is her second adaptation with Hulu, after the hit series “Normal People,” which debuted in 2020.

The series hails from Element Pictures production for Hulu and BBC Three. It is executive produced by Ed Guiney, Emma Norton, and Andrew Lowe for Element Pictures, as well as Lenny Abrahamson, Tommy Bulfin and Rose Garnett for the BBC. Catherine Magee serves as series producer and Jeanie Igoe serves as producer.