According to Francis Ford Coppola, the whispers of behind-the-scenes drama were premature.

A few weeks ago, reports circulated about the "Godfather" director’s decision to refuse an invitation to screen his latest low-budget feature, a family drama called "Tetro," at the festival in a non-competition slot. Instead, it wound up as the opening night entry of the Directors Fortnight sidebar. To hear the filmmaker tell it after today’s screening, the final decision made perfect sense. 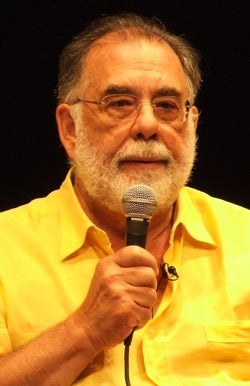 "The situation was very similar to ‘Apocalypse Now,’ when they invited us to Cannes," he said, referencing his classic Viet Nam epic. "It was not finished, but they said, ‘You can have it shown out-of-competition.’ I said, ‘Well, if the film is shown with all the other films, it’s in competition … Years later, with ‘Tetro,’ again, they had so many films and important directors [in competition] that they said they didn’t have a lot of slots.

"They said, ‘Oh, please come with the film on May 22, out of competition, you can have a beautiful gala. I said, ‘Well, I’ll say the same thing I said with ‘Apocalypse Now.’ If I can’t be in competition, I kind of don’t this to be a gala. [‘Tetro’] is more in the spirit of independent film, and it doesn’t feel comfortable for me to dress in a tuxedo and go on the red carpet with all the important people.’ After that happened, Oliver [Pere, artistic director of Directors Fortnight], said to come here. I thought that was more appropriate for this type of film."

Wearing a yellow short sleeve shirt and khakis, filmmaker definitely seemed more relaxed than he would have been on a red carpet. Since last year’s "Youth Without Youth," Coppola seems satisfied with making smaller movies and maintaining creative autonomy. He spent his forties taking random studio jobs to pay off a debt involved with his winery. Now, he’s making movies according to his own rules.

"Tetro," which he will self-distribute later this summer, should please more audiences than his befuddling last effort. I’m not crazy about the new work, which basically follows conventional rules of drama by way of some light cinematic trickery. Still, it’s hardly a misfire or cause to question Coppola’s competence as a man who knows how to make movies.

The Italian family of the plot offers a gold mine to Coppola biographers, especially since it’s his first screenplay in decades. Coppola said he always made sure to put the names of the original authors on his adaptations ("Mario Puzzo’s The Godfathers"; Bram Stoker’s "Dracula"), and here he has done that as well.

"I always hoped one day I could have a film that was Francis Ford Coppola’s," he said, and that got some applause, too.