Langley Productions, the production company behind long-running reality series “Cops,” announced on Thursday it has struck a deal with bounty hunter and rapper Frank Frazier, a.k.a. Bounty Tank, to produce “Bounty Tank,” a “hip-hop bounty hunter series” about his life and career.

In each episode, Tank, who has worked as an officer of the court for over 10 years in the Cleveland and Akron, Ohio, area, will “take viewers into the world of bail bonds and bounty hunting… from car busts to his infamous ‘Boot to Door’ entrances and in-home confrontations,” where he employs “non-violent solutions to de-escalate high-stress situations,” per Langley Productions’ press release.

The series will also focus on his family and music career, his YouTube channel, and his estranged relationship with his father. 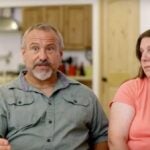 “Tank is larger-than-life character with a unique back-story and off the charts charisma,” said Morgan Langley, executive vice president of Production and Development and executive producer of the upcoming series, in a statement. “This new show will redefine the way America perceives the profession of bondsman and bounty hunters, and we’re thrilled to bring Tank and his philanthropic mission to the masses.”