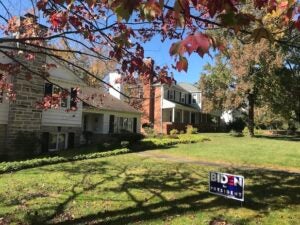 A Peek Inside Ohio 14 Days Before the Election: Can Biden Pull Off an Upset?

COVID-19 has made education more complicated, but here’s how some schools and students are coping

This story about film schools first appeared in the college issue of TheWrap magazine.

When school wrapped for the spring semester after classes everywhere had abruptly shifted online, film schools across the country began planning what a fall semester would look like under COVID-19: reduced class sizes, rigorous safety standards for production students, hybrid virtual learning and more.

And now, with the fall semester here and COVID-19 cases still high in the U.S., questions and concerns about how to safely give film students the full college experience remain. Institutions that had the goal of returning to campus have been forced to remain remote. International students who had hoped to attend school stateside are left with fewer options. And challenges about how to provide the next generation of filmmakers with equipment and hands-on learning are still a work in progress.

But administrators and students alike have found creative solutions to some of the biggest challenges the virus poses to education institutions and film schools in particular. And students who wish to succeed — let alone graduate on time — can get a real leg up in Hollywood by finding a way to still make movies during a pandemic.

That’s exactly what Owen Campbell, a masters student in his fourth year at UCLA, did when he managed to safely produce his thesis film, “The Delivery Game.” Before UCLA published any guidelines of its own, Campbell sent UCLA’s production safety committee, along with faculty and administrators, a 23-page document laying out precisely how he would produce his movie in a quarantined “bubble” environment. He brought a cast and crew of 10 people to isolate in a glass house (which also served as one of the film’s locations) for 15 days while producing his thriller inspired by the films of Luis Buñuel, Eric Rohmer and Roman Polanski. In fact, it was his initiative that helped UCLA provide a framework for other students looking to complete their own thesis projects.

“I knew I wanted to make something, and I thought I could make something good in a safe way,” Campbell said. “But I knew if I waited for those directions to come down, I would be perhaps still waiting. I fear if I took an extended leave of absence I would no longer have the money to make this project or the inclination to complete my degree.”

Other students will have to make the same choices as Campbell did as they make the best of the fall semester — either choosing to rewrite projects, to get creative and come up with plans to carry on or to wait it out until the spring, when conditions could still be uncertain.

Many institutions have offered financial benefits to students who tweak their scripts and pursue creative options to minimize their projects’ scope. And for those who can’t, UCLA, in particular, has offered students extended leaves of absence. The good news, though, is that since Campbell completed his film in August, five more film projects have been approved by UCLA’s safety committee after they each submitted their own safety plans for review. And more students are working to seize the opportunity.

“We were very concerned about providing some level of certainty for our students,” said Fabián Wagmister, an associate professor at UCLA and the chair of the Theater, Film and Television department’s Production Safety Committee. “While we have a very strong set of guidelines, we’ve invited students to come up with innovative ideas for how to deal with it, and we’ll consider them.”

Wagmister explained that UCLA’s safety committee aren’t gatekeepers to determine what projects can and can’t get made; they’re in the business of facilitating students to complete their films and graduate. And helping them in that regard could coincidentally be great for a résumé in the long run.

“There’s a number of students who really want to move forward, get done and move on with their lives,” Wagmister said. “To be able to produce a strong film under these conditions may actually be a very, very strong statement in terms of their capacities and a great thing for their future careers — to deal with the situation and come up with an innovative solution. This is not going to be the only crisis we’re going to go through in the next 30, 40 years.”

But film schools are also thinking about how to meet the needs of students of all ages, backgrounds and disciplines, from those working in cinematography and editing, who need hands-on collaboration, to film-studies majors stuck watching movies remotely. At USC, for instance, which like UCLA is completely remote this semester, the 120 students in the animation department are continuing their work from home by gaining virtual desktop access to their computers located on campus, allowing them to continue using professional tools remotely.

“This has been happening outside of USC and outside of university campuses for years. People work remotely with each other and tap into worldwide talent and work across different time zones,” Teresa Cheng, chair of the animation and digital arts department at USC’s School of Cinematic Arts, said. “The silver lining is we’re preparing students for this type of work by putting everyone through their paces while we’re in the middle of a pandemic.”

That said, each department and discipline of filmmaking has different needs. USC’s animation students are trying to find ways to do curbside pickups of equipment and find creative ways to give hands-on experience for those working within stop motion animation or VR.

UCLA, too, has been investing in software to teach production courses and is even considering sending equipment to those shooting movies at home. “We’re thinking a lot about equity. We want to make sure that all students have the same access to equipment, the same opportunity, the same circumstances,” Brian Kite, the interim dean at the UCLA School of Theater, Film and Television, said. “I think that part of it has energized the faculty. They have to engage. If they’ve been teaching classes the same way a long time, that doesn’t apply anymore.” 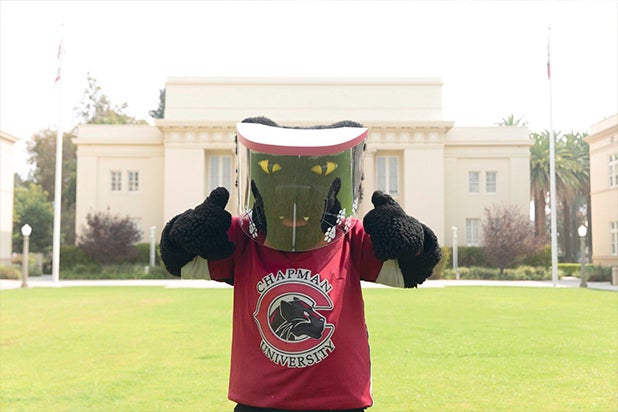 But at Chapman University, Dodge College of Film and Media Arts dean Stephen Galloway said that collaboration is the “ethos” of the university, which is strongly focused on production. And while Chapman began its fall semester remotely, it hopes to start in-person classes later this year pending approval from the Orange County health department. Chapman, along with LMU and AFI, is in discussions with the Screen Actors Guild on adapted guidelines tailored for film schools that will still allow student projects to use professional actors.

Galloway said Chapman will look to hire a full-time employee to supervise student productions and perhaps collaborate with the nursing school and certified supervisors. Even then, documentary students won’t be allowed to shoot indoors, intimate scenes and scenes with extras will be curtailed, and students will have to wait days before equipment will be safely sanitized to be checked out again.

“Even when production ramps up, we’ve imposed very strict parameters,” Galloway said. “And I hope they’ll loosen up, but they’ll only loosen up as the general COVID restrictions loosen up. Because we have a responsibility to those students. If we can go back relatively soon, we can spread out production. But the later we go back, the more it tightens up, and the more restrictive we have to be of what we can let the students do. So there’s a certain irony here that as we progress and the COVID restrictions lessen, our restrictions increase because of the practicality of getting things done.”

At the University of North Carolina School of the Arts (UNCSA), a smaller institution of 360 film students, more than half of the film school classes are hybrid this fall, though 10% are fully face-to-face and housed inside large lecture halls filled to a fraction of their full capacity.

Henry Grillo, UNCSA’s interim dean, said students are also adjusting to a schedule that started earlier, limits three-day weekends and will end before the holidays in an effort to keep students on campus and prevent them from bringing the virus back with them from travel. There’s even the possibility that a truncated spring term, should there still be a need for one, could shorten or do away with a spring break.

They’ve even found silver linings in a tough situation, bringing in virtual master classes from industry professionals, enjoying revitalized curriculums and creating opportunities that wouldn’t have been considered before. Film students this fall will partner with those in the dance department for a version of “The Nutcracker” that is being conceived as a film, since a stage production isn’t possible.

But perhaps most impressive is how through it all, students are still making their health their top priority. “I expected that most students would be very enthusiastic about coming back, being in the program, doing the hands-on work, being with friends, having the freedom that they have in a university setting as opposed to being at home,” Grillo said. “We’re surprised at the number of students who feel that they don’t want to be in a classroom with other students because they fear for their health. That sort of surprised me, and I’m not disappointed by any means that they feel that way.”

See the cover of TheWrap’s College magazine below, and read the full digital version here. 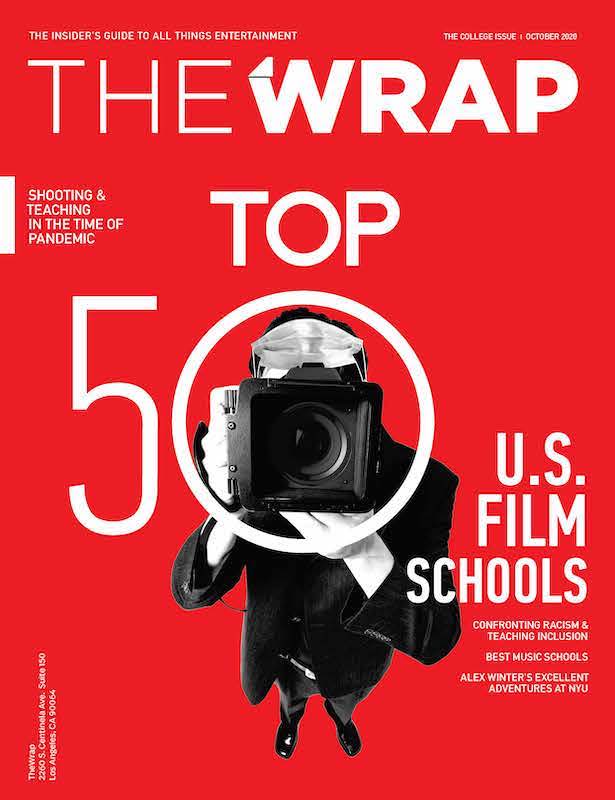