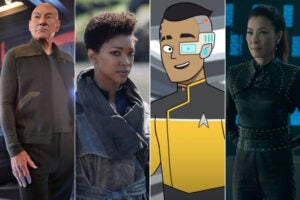 China’s ongoing fight against the spreading coronavirus epidemic has caused a widespread shutdown of the country’s economy, including the closure of more than 70,000 movie theaters. The timing could not have been worse for Chinese movie theater chains, as the outbreak came during the Lunar New Year, by far the most popular time for moviegoing in what is becoming the world’s largest box office market.

To get a sense of how important the two-week Lunar New Year period is to China’s annual box office grosses, consider the following: Last year, combined revenue on the first day of the holiday set a new single day record for the market, and grosses for the entire period came in at approximately $835 million in U.S. dollars. Since the period extends into February, the success of films released for the holiday helped set a new monthly record for February of $1.6 billion.

To support local film production, the Chinese government has long mandated that only Chinese films be screened in movie theaters during Lunar New Year. Films like “Aquaman” in 2019 and “Frozen II” in 2020 ended their theatrical runs much earlier than in the U.S. and other countries to make way for local blockbusters like last year’s “The Wandering Earth,” which made almost all of its $699 million global gross in China and outperformed Hollywood films like “It: Chapter Two” and “The Secret Life of Pets 2” in the Middle Kingdom.

While the coronavirus hasn’t affected the box office fortunes of Hollywood films in the U.S., the annual government-ordered embargo on foreign films means that it will be another couple of weekends before American films are set to return to Chinese theaters — if they even reopen.

If the virus continues spreading to the point that the theater closures are extended, that could have adverse effects on some major Hollywood releases.

Among the films set for release in China in February are Oscar contenders “Jojo Rabbit” and “1917,” which might not have had much interest with audiences anyway because of their focus on the two World Wars but may have earned intrigue for multiple Oscar nominations. The biggest Hollywood blockbuster set for release next month is Paramount’s “Sonic the Hedgehog” on February 28, a $95 million film that is looking for major support from Asian markets to push past $500 million worldwide. Warner Bros.’ DC Comics release “Birds of Prey,” which will be released in the U.S. on February 7, does not currently have a China release set.

In China, this year’s Lunar New Year slate was going to be led by the action comedy “Detective Chinatown 3,” the sequel to a film that grossed $541 million in China in 2018. But the release was postponed as the coronavirus spread, along with the sports movie “Leap” and the action movie “The Rescue.” Comedy tentpole “Lost in Russia” was moved from theatrical release to streaming in part to encourage people to celebrate the holiday at home and assist efforts to prevent the virus from spreading.

“From a 30,000-foot perspective, this is already bad,” comScore analyst Paul Dergarabedian said. “It’s the most important moviegoing period in the second largest movie market in the world. But when you look at it from a ground perspective and consider how important the Lunar New Year is for the Chinese film industry, from production to exhibition, it’s even more of a devastating blow.”

While a few Chinese theaters remained open over the weekend, the grosses they yielded without the new holiday releases was microscopic. On Saturday and Sunday, the combined Chinese box office grosses amounted to only $1.7 million. The losses will only pile up if the lockdown continues, and since there is no other period on China’s cultural calendar where so many people are on holiday at once, it will be virtually impossible to make back much of this lost revenue even if a new release date is set for the postponed films.

Dergarabedian said many analysts in China predicted 2020 was going to be even better than 2019’s new year grosses, and “now that has been almost entirely erased.”

Hollywood just doesn't seem to learn from its mistakes as it continues to cast white actors in nonwhite roles again and again. And again.