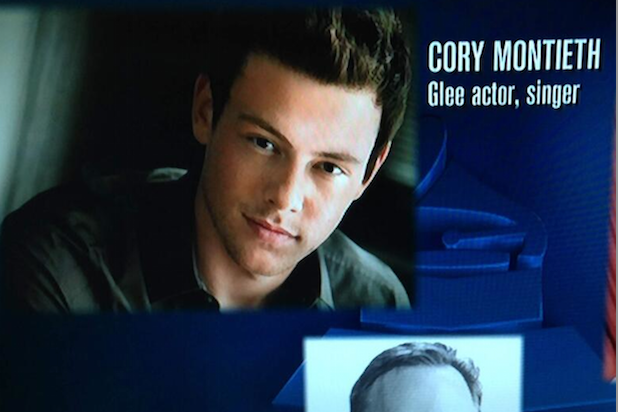 “Glee” star Cory Monteith was honored at the Grammy Awards on Sunday, but the music industry event’s team forgot to spell-check the late actor’s name.

An “In Memoriam” segment featuring the actor misspelled his last name as “Montieth,” sending Gleeks into a social media-enabled sputter of outrage.

Monteith, who played the sweet-natured football star Finn Hudson on the Fox sitcom, died of a heroin and alcohol overdose in July at age 31. He was honored last fall in an Emmy Awards “In Memoriam” segment.

Spokespeople for the Recording Academy of America, which votes on the music honors, and CBS, which broadcasts them, did not immediately respond to requests for comment.