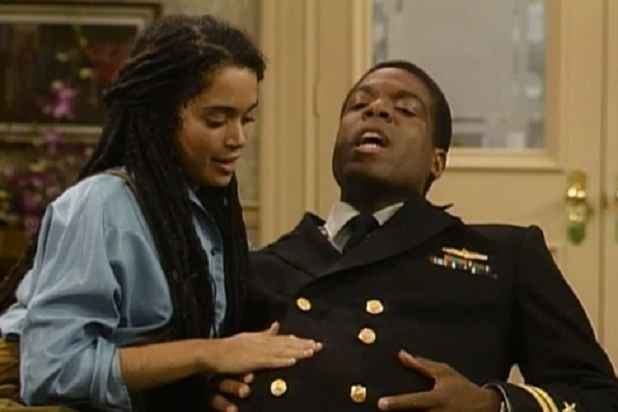 The rising chorus of voices rising up against scandal-plagued comedian Bill Cosby has increased by one.

Former “The Cosby Show” actor Joseph C. Phillips, who played Denise Huxtable’s husband Lt. Martin Kendall on the NBC sitcom, has pointed a finger at his former TV father-in-law in a column on his website titled, “Of Course Bill Cosby Is Guilty!”

In the lengthy blog post, Phillips recalls that, during his “Cosby Show” tenure, “my attitude was that if Bill was cheating on [his wife] Camille, I am fairly certain Camille knew. Hey, if everyone who claimed to know actually knew, then certainly Camille knew, and had long ago made her peace with it.”

See video: Whoopi Goldberg Flip-Flops on Bill Cosby: 'All of the Information ... Points to Guilt'

He added, “I never saw Bill engage in any inappropriate behavior. I certainly never saw him drug anyone. So, all I have is the same gossip as everyone else.”

Phillips noted that his attitude took a turn as the accusations began to dominate headlines and he ran into an “old friend” that Cosby had served as a “mentor” to:

The question popped into my head.

“Hey, do you mind if I ask you something?”

She looked at me and then asked, “Is it going to make me cry?”

She smiled. “Go ahead and ask your question.”

“Back in the day,” I started. “I remember that you knew Bill – that he was like your mentor or something. Did he ever…”

Before I finished the sentence, she began to cry.

We spent the next two hours sitting on a bench talking. Through tears, she told me her story. She cursed him for violating both her trust and her body. She cursed herself for not being smarter, and for degrading herself in pursuit of success. I listened patiently. As she began to run out of steam, she turned to me. “Do you believe me?”

“Because I don’t believe that you are crazy and only a crazy person would sit with me all this time and share a fantasy.”

I am not sure if our conversation was cathartic for her. I know it was heart-breaking for me.

In recent months, dozens of women have come forward to accuse Cosby of rape or sexual assault, with many of them claiming that the comedian drugged them beforehand.

Cosby’s attorney, Martin Singer, has denied the accusations made against the comedian in the past.

Earlier this month, portions of a deposition stemming from a 2005 lawsuit were released, revealing that Cosby had admitted to obtaining Quaaludes to give to women he wanted to have sex with.