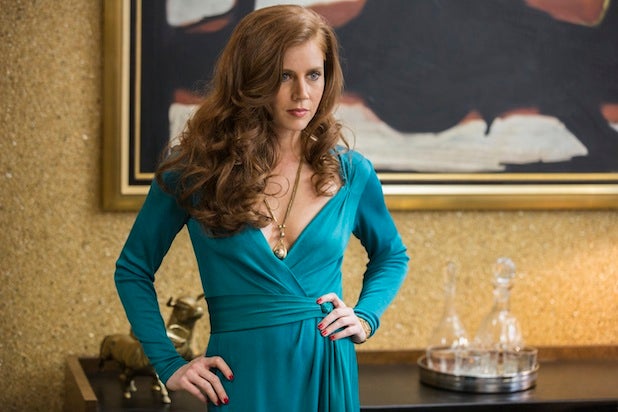 A baker’s dozen of films, ranging from the lavish period drama “The Great Gatsby” to the elaborate fantasy “Oz the Great and Powerful” to the stark black-and-white rural tale “Nebraska,” have been named as nominees for the 19th Costume Designers Guild Awards, the CDG announced on Wednesday.

In the contemporary category, nominees were “Blue Jasmine,” “Nebraska,” “The Secret Life of Walter Mitty,” “Philomena” (some of which is set in the past) and “Her” (which is set in an unspecified near future).

The three nominees for fantasy films were “The Hobbit: The Desolation of Smaug,” “The Hunger Games: Catching Fire” and “Oz the Great and Powerful.”

Among the contenders missing from the nominees were the period films “The Invisible Woman,” “Inside Llewyn Davis” and “The Book Thief.”

Nominees in the three television categories include “Breaking Bad,” “House of Cards” and “Scandal” for contemporary TV, “Boardwalk Empire,” “Downton Abbey” and “Game of Thrones” for period TV, and “American Horror Story: Asylum,” “Behind the Candelabra” and “Bonnie & Clyde” for movie or miniseries.

The awards will be handed out on Feb. 22 at the Beverly Hilton Hotel. At that show, Judd Apatow will receive the guild’s Distinguished Collaborator Award, and veteran costume designer April Ferry will receive a lifetime-achievement award.