Film festival favorite Mickey Reece (“Agnes”) is back with another genre-bending character piece, “Country Gold,” and TheWrap has an exclusive look at the first trailer for the film.

Described as a “surrealist comedy by way of a music film,” “Country Gold” takes place in 1994, starring Reece as an up-and-coming country singer who is invited by country music legend George Jones (Ben Hall) for a night on the town in Nashville – the night before George is to be cryogenically frozen.

Of course, as with most of Reece’s films — “Country Gold” is his 29th feature — he doesn’t come at the genre angle straight on, and the teaser promises something a bit more unexpected, quiet and character-focused than the sci-fi shenanigans that the synopsis might spring to mind. Watch the teaser trailer above and soak up the strange vibes. 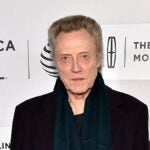 “Country Gold” will world premiere at Fantasia International Film Festival, which runs from July
14 to August 3 in Montreal.