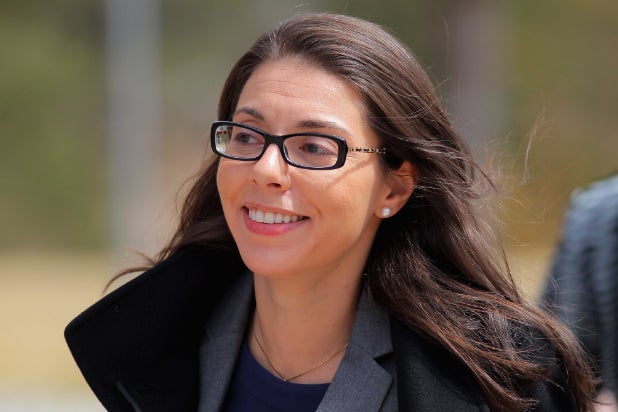 In what journalists are calling a victory for freedom of the press, the New York State Court of Appeals decided Tuesday that FoxNews.com reporter Jana Winter does not have to reveal her sources in the Aurora, Colorado movie theater shooting case.

“Today’s ruling is a major win for all journalists,” Fox News chairman and CEO Roger Ailes said in a statement.

“The protection of Jana Winter’s confidential sources was necessary for the survival of journalism and democracy as a whole. We are very grateful that the highest court in New York State agreed with our position.”

Winter was subpoenaed by prosecutors in the trial of admitted gunman James Holmes to reveal who gave her access to a notebook Holmes sent to his psychiatrist, which reportedly contains graphic violent drawings and details about his intention to kill people.

Despite the fact that shield laws exist in Colorado, which are designed to protect journalists in criminal cases such as these, Winter’s subpoena was nevertheless approved and upheld by a lower New York court – which has jurisdiction over her employer – in January. Tuesday’s 4-3 ruling upholds that the reporter cannot be compelled to return to Colorado to testify.

“New York’s Shield Law provides an absolute privilege that prevents a journalist from being compelled to identify confidential sources who provided information for a news story,” Judge Victoria Graffeo writes in the decision.

“[A]n order from a New York court directing a reporter to appear in another state where, as here, there is a substantial likelihood that she will be compelled to identify sources who have been promised confidentiality would offend our strong public policy.”

Holmes pleaded not guilty by reason of insanity in June for allegedly shooting and killing 12 people and wounding 70 during a midnight screening of “The Dark Knight Rises” at a movie theater in Aurora in July 2012. Prosecutors are seeking the death penalty.