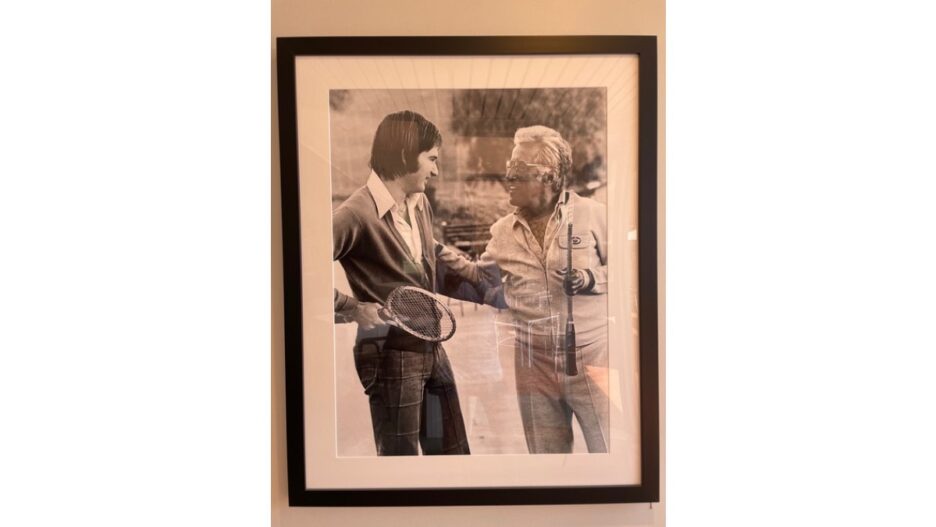 “There is nothing like this club anywhere in the country.” So said tennis legend Nick Bollettieri, when he recently gave a clinic for members of the Beverly Hills Tennis Club.

“A small gem in the middle of a city with such a storied history,” he said. Since its founding in 1929 — largely for those of the Jewish faith who had trouble finding a court — the BHTC has stayed put on a half-block of Maple Drive: with five courts, a swimming pool, a common dining room and a card room-turned gym. It could hardly be less showy.

It may not have boasted Hillcrest’s legendary card-playing quartet of Groucho Marx, Jack Benny, Milton Berle and George Burns, but it has been the site of plenty of lore over the decades. A 1937 doubles match featuring Marx and Charlie Chaplin is known as the funniest one ever played. Billy Wilder’s birthday lunch in 2015 was a remarkable surprise gathering of admiring directors, including Steven Spielberg, Stanley Donen, Francis Ford Coppola, Rob Reiner, Sydney Pollack and Ivan Reitman. Walter Matthau was often at the club, as were Donna Reed, James Caan, Kirk Douglas, Dinah Shore, Charlton Heston and Doris Day. The late super-agent Ed Hookstratten (“The Hook”) met clients like Johnny Carson, Tom Brokaw, Vin Scully and Pat Riley for lunch. Center Court now has a plaque honoring former member and baseball great Hank Greenberg.

NBC correspondent Sander Vanocur was playing doubles on that court on November 22, 1963, when he was paged. He threw down his racquet and ran off yelling, “The president’s been shot!” 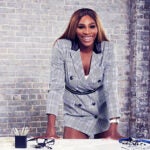 Tennis-wise, the biggest coup was nabbing Pancho Segura as the pro: a critical financial gift to the much-beloved great. Suddenly, players like Jimmy Connors, (who essentially honed his game there) Arthur Ashe and many others used the club as their in-town home. Lately, members are excited that Naomi Osaka is an honorary and frequent guest. Leonardo DiCaprio is a member but not seen often.

The renewed buzz is due in part to the current pro, Anne White, who was a Bollettieri pupil, then a world-ranked player. In these Googling times, she is most famous for wearing a clingy body-shaping one piece at Wimbledon in 1985. She managed to get Bollettieri — turning 90 soon — to fly out from Florida, where his legendary camp/school now features nine sports over 60 acres. Former “student” Brad Gilbert played with the members while Bollettieri shouted out comments from the sidelines. “When you come into the net, you’ve got to go all the way … You can’t hit what you can’t reach.”

“This was the best day of my pandemic,” half-joked Jill Mazursky, coming off the court. She is the daughter of director Paul, and a co-producer of a documentary, “Love Means Zero,” about Bollettieri. What is perhaps most interesting is that he is in the Tennis Hall of Fame and was not a player. His impact is different, but in some ways similar, to that of Tin Gallwey, now 83, who wrote “The Inner Game of Tennis.” Also essentially a non-player, Gallwey’s book is used by players and leaders in all sports. NFL coach Pete Carroll and the NBA’s Steve Kerr tout it to their players, as does Michael Lewis in many a podcast. Two men who have proved that winning is as much about the mind as the arm.

Full disclosure: My family belonged to the club for several decades. My father, as president, hired Segura and offered Arthur Ashe free membership. My memories abound: Paul Newman wouldn’t let me eat the salad dressing that came with my asparagus and asked the waiter to bring him a few things so he could mix me his own.

I was a budding journalist when Walter Matthau one day asked if I’d like to interview him right there. It was a big one for my little paper in Santa Monica. Then there was the time that member Arthur Marx gave me the phone number of his father, Groucho, and said I should call him. (I was a huge Marx Brothers fan.) After I convinced Groucho that I had good legs, we met at the Polo Lounge the next day. We sat down and I excitedly pulled out my tape recorder. “The mark of an amateur reporter,” he snapped. It went back into my purse, but it turned out to be his final interview.

I once asked Nora Ephron — whose parents were members — what she thought of when I say, “Beverly Hills Tennis Club.” “Fried rice,” she said. It was a brilliant response, taking me back to every Wednesday’s delicious one-of-a-kind special.

The Beverly Hills Tennis Club remains one of a kind as well. 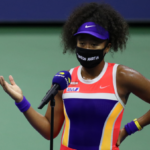 Also Read:
Naomi Osaka Gets Surprise Message From Trayvon Martin’s Mom After Wearing Protest Masks at US Open
BIO Michele Willens
Michele Willens is a bicoastal journalist. She writes a weekly theater report -- "Stage Right or Not" -- for an NPR affiliate and published the essay collection "From Mouseketeers to Menopause" in December 2021.