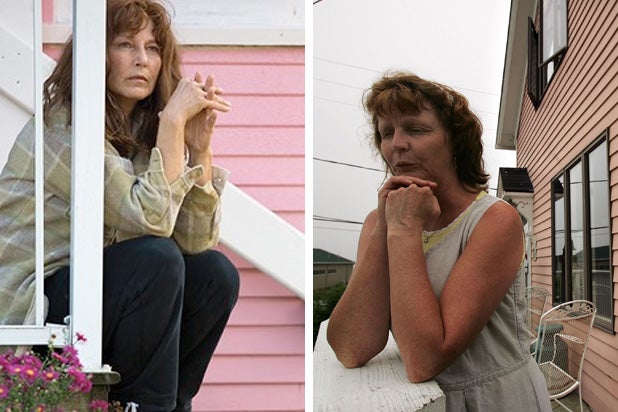 The lead actor tripped on stage, fell into me and grabbed my breasts in front of the entire cast and crew. Laughter and snickers followed.

I was not an actor in the play we were rehearsing. I was the writer and the director. Prior to him “tripping,” I had given him several notes on his performance. His tripping was fake, as badly performed as his work that day. It was one of the final rehearsals for my master’s thesis at graduate school in London.

I could have slapped that actor. I could have fired him. But instead I stared at him blankly, called him an asshole, and moved on with my work.

A few years later, I moved to New York. I was 25 and directing an original Off Broadway play. The lead, a brilliant actor well into his 60s, didn’t like me very much. He didn’t like being directed by a young woman. He tried to get me fired.

Each day he made the set tense, but I held my ground. I listened to him. I incorporated his ideas when I agreed with them and defended my position when I disagreed.

We battled through and pulled off a successful run that received favorable reviews from the New York Times and the New York Post. I was confused by the experience, though. I’ve never seen myself as a female director. Just a director.

Also Read: Why 'Jessica Jones' Is the Superhero TV Show We Need in the #MeToo Era

Many years later, when the book “Little Pink House” was presented to me as available for film adaptation, I was instantly attracted to it. A blue-collar woman named Susette Kelo was pushed out of her dream home by the city of New London, Conn., so a developer could build ritzy condos and other facilities to benefit a multibillion-dollar corporation. The case went all the way to the U.S. Supreme Court. And she lost.

In a much-despised decision, the court allowed local governments to bulldoze a blue-collar neighborhood not to build a school, a hospital or a road, but to build a development for a giant corporation. Redevelopment supporters promised the grand project would generate more tax revenue.

Susette’s neighborhood was bulldozed, but nothing was ever built. More than 10 years after the decision, the land remains an empty field filled with tall weeds and rocks.

But Susette fought. She fought for the principle that it’s not right to take someone’s home so that something “better” can be built in its place. It struck me that this woman, Susette Kelo, who had raised five sons pretty much on her own, who was ready to start the next phase of her life in peace, would voluntarily disrupt her life simply to do what’s right.

And because Susette took a stand millions of Americans got to keep their homes. The Supreme Court decision was so outrageous, many states reformed their eminent domain laws to prevent future seizures of property for private gain.

Strong women are role models to young women, they raise strong and healthy women and men to be. But women with integrity are the most important. They do what is right even when it’s hard. That is who Susette Kelo is.

Susette never wanted to be a crusader. She never saw herself as the face of a cause. She was simply Susette. A person living her life, taking care of her family, working long hours as a nurse, trying to make ends meet, and hoping for a little quiet at the end of a long day.

I had to make “Little Pink House.” The story was shocking, inspiring and, unfortunately, completely timely. Eminent domain abuse happens all the time and it usually strikes outsiders, such as poor and minority communities that don’t have the resources to take on powerful insiders. Although Susette’s stand prompted a good deal of reform, millions of Americans remain vulnerable to this type of legalized bullying. The goal of this film and its impact campaign is to finish the job Susette started.

I want to be more like Susette. Every film is a battlefield, and even an independent film like ours involves hundreds of people, on set and off. The hours are long and there’s plenty of chaos and panic. But there’s also camaraderie and compassion and the satisfaction that you’re making something that could have an impact. Every day on set I thought of Susette and how no matter what challenges I faced making the film of her story, they didn’t compare to the decade-long ordeal she endured.

I’ll never forget October 6, 2017 when Jodi Kantor and Megan Twohey broke the Harvey Weinstein scandal in the New York Times. Their piece exposed corrupt people playing by sick rules — privately covering up evil acts, while publicly pretending to be defenders of all that is good.

The women who spoke out about Harvey and the others chose integrity over comfort. They remind me of Susette. Thanks to them, and others like them, maybe today an actor would think twice before grabbing his director’s breasts.

View In Gallery
BIO Courtney Balaker
Courtney Moorehead Balaker is an award-winning filmmaker, theater director and co-founder of Korchula Productions. Courtney wrote, directed, and produced "Little Pink House," an award-winning feature about Susette Kelo's historic fight to save her home and neighborhood. The film stars two-time Oscar nominee Catherine Keener and Emmy nominee Jeanne Tripplehorn. Her producing credits include the documentary "Can We Take a Joke?" and "The Collector."

Courtney Moorehead Balaker is an award-winning filmmaker, theater director and co-founder of Korchula Productions. Courtney wrote, directed, and produced "Little Pink House," an award-winning feature about Susette Kelo's historic fight to save her home and neighborhood. The film stars two-time Oscar nominee Catherine Keener and Emmy nominee Jeanne Tripplehorn. Her producing credits include the documentary "Can We Take a Joke?" and "The Collector."