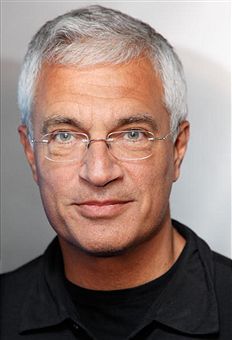 Distributors in the country had shied away from the multiple-award-winning doc because of the controversy it generated in Japan. The doc, directed by Louie Psihoyos (left; photo by Getty Images), is about the international dolphin capture trade practiced in Taiji, Japan.

After being rejected initially, and over legal threats from fisherman from Taiji, "The Cove" was included in the 2009 Tokyo Film Festival’s lineup; its first screening sold out within hours and a second was added.

The film follows Ric O’Barry, an internationally recognized authority on dolphin training best known for his work on the 1960s TV show “Flipper,” as he exposes the truth about the international dolphin capture trade practiced in Taiji, Japan. It also documents the significant risk of mercury poisoning from the eating of dolphin meat.

Norio Okahara, director of Medallion Media, said in a statement, “In distributing ‘The Cove,’ we are not taking sides. Rather, we are presenting the film for the Japanese to decide for themselves about the issues it raises. There is a debate to be had here and this important film – and the Academy Award nomination only serves to reinforce its importance – offers the opportunity for such a debate.”

Carl Clifton, managing director of sales agent The Works International, said in a statement: "Many distributors screened the film and most decided it was simply too hot to handle even if they all felt it must be seen by the Japanese people. Medallion Media has shown real courage in acquiring ‘The Cove’ for Japan and we look forward to working with them on it.”

Director Psihoyos, co-founder of the Oceanic Preservation Society, said in a statement, “Making ‘The Cove’ was personal for me because I was poisoned by mercury from eating too much of the wrong kind of fish. I hope that ‘The Cove’ will prevent people in Japan from getting mercury poisoning caused by eating toxic dolphin meat.

"A recent study done by Japanese scientists shows that the residents of Taiji have 10 times the acceptable amount of mercury in their systems," he added. "That makes it more then just an animal rights issue – this is a human health concern. I believe in my heart that when the Japanese people see this film, they will be inspired to help solve this issue."

Roadside Attractions opened "The Cove" in theaters last July; it was released on DVD by Lionsgate in December 2009.