Without using any words, Chu made his feelings clear Thursday night by tweeting a GIF of the “Friends” character Richard (played by Tom Selleck) saying, “I’m okay,” and bobbing his head, indicating that he is likely not OK — but he’s trying to be cool about it.

Shakir took to Twitter a couple hours later, offering up a few tribute words, along with a clip of his character, Jet Black, from the anime version: “See you space cowboys!” 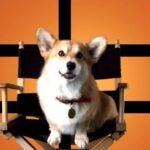 Over on Instagram, Pineda shared a meme of two people cheers-ing with beer mugs and one shattering and the beer splashing all over them, captioning it: “Ugh… ???.”

Starring Cho as Spike, Shakir as Jet Black and Pineda as Faye Valentine, “Cowboy Bebop” was based on the 26-episode, 1998-99 anime series of the same name created by Hajime that later aired on Adult Swim beginning in 2001. It was developed for Netflix by André Nemec, who served as showrunner. 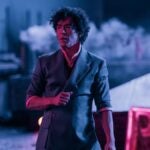 Also Read:
‘Cowboy Bebop’ Showrunner on Why They Held Radical Ed Until the Very End

The series premiered Nov. 16 on Netflix to mixed reviews from critics, who had high praise for the cast but dinged the effects, writing and general vibe, while the conversation among fans was that the show was inferior to the beloved anime it was based on.

See the cast’s reactions to “Cowboy Bebop’s” cancellation below.