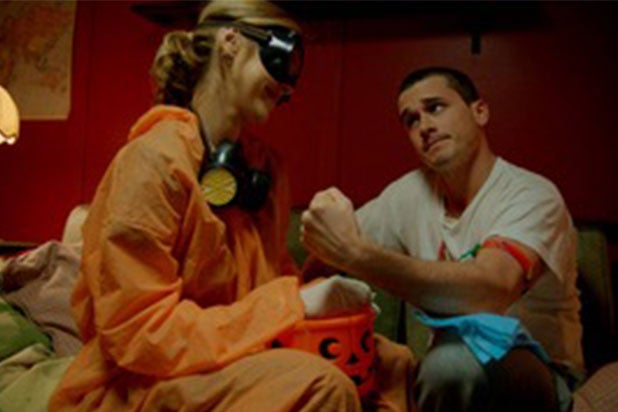 Crackle Plus has acquired “Cooped Up,” a film produced in 2016 about a man quarantined with coronavirus, and will release it on May 14, it was announced on Thursday.

Produced and directed by Kane Guglielmi, “Cooped Up” follows Jake (played by Charles Cottier), who came into contact with a potentially fatal coronavirus and is forced to isolate in his childhood home for 21 days. His only connection to the outside world is the female medic who comes to check on his symptoms every day.

“Cooped Up” was produced in Australia in 2016, four years before the COVID-19 pandemic would hit the world. Guglielmi came up with the idea due to financial constraints, but he wanted to make an original yet affordable feature film. He and writer John Ratchford heard about a virus forcing people to quarantine and decided to use it as the premise for their film. Guglielmi currently lives in Italy and is under quarantine.

“When I made ‘Cooped Up,’ I never dreamt its concept would become a reality for millions worldwide,” Guglielmi said in a statement. “During this time, my hope is that it becomes a feel-good distraction for everyone in need of a little light-heartedness. I’m grateful to Crackle for partnering with me to premiere this personal film to their U.S. audience.”

President of Crackle Plus Philippe Guelton added: “In a time when so many are in lockdown as a result of the global pandemic, Chicken Soup for the Soul Entertainment and the Crackle team keep looking for exclusive programming that entertains and lifts people up. We are excited to bring this timely comedy to our U.S. audience.”

Seth Needle, SVP of worldwide acquisitions at Screen Media Ventures, negotiated the deal on behalf of Crackle Plus with Kane Guglielmi via his China Shop Productions.

Crackle Plus is a video-on-demand joint venture between Sony Pictures Television and Chicken Soup for the Soul Entertainment.