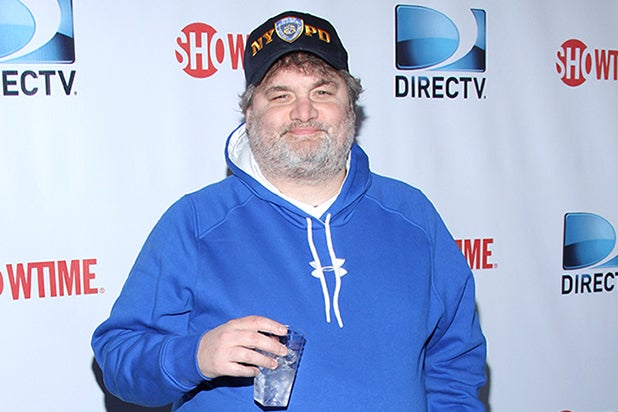 Judd Apatow, the executive producer of “Crashing,” stood by Artie Lange after the comedian was arrested on drug charges and tweeted that he would understand if he were cut from the new HBO comedy.

Apatow was unequivocal in his support for his friend, whose struggle with sobriety was dramatized in the second episode of the semi-autobiographical show about Pete Holmes’ early time in standup.

“We would never give up on Artie or anyone struggling with addiction,” Apatow tweeted Friday.

We would never give up on Artie or anyone struggling with addiction. https://t.co/zhm8VBwdnR

TMZ reported Friday that Lange was arrested in the parking garage of his Hoboken, New Jersey apartment complex. It reported that Lange had “several bags of drugs” in his possession.

He was released after being booked on three charges, which the site did not identify. Hoboken police told TheWrap no one was available to discuss details of the arrest Friday night.

Lange acknowledged the arrest on Twitter Friday, tweeting, “Hey guys. I was arrested. I’m doing great. Physically too! I’m in St. Louis & will be on stage this weekend at The Funnybone! Love u all!.”

He also said of “Crashing”: “To u worried fans pls know I love u. Also know I’ve never wanted to live more! If HBO has to let me go Its my bad! Judd, Pete & u. Thx!”

He doesn’t need to have worried.

On “Crashing,” Lange plays a version of himself who hires a version of Holmes to drive him to a comedy gig in Buffalo, N.Y. where Lange spars with T.J. Miller. Holmes goes home with a die-hard Lange fan (Gina Gershon) to keep her from tempting Lange into abandoning his sobriety.