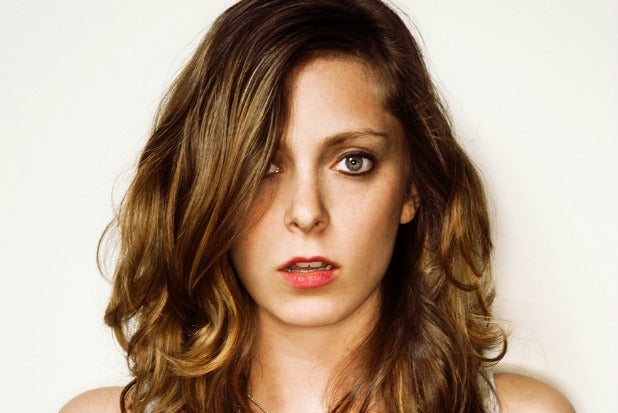 Showtime has given a pilot order to “Crazy Ex-Girlfriend,” a half-hour comedy with musical elements from “The Devils Wears Prada” screenwriter Aline Brosh McKenna and comedian Rachel Bloom. “The Amazing Spider-Man” director Marc Webb will direct the first episode.

Produced by CBS Television Studios, the show is centered on Rebecca (Bloom), a successful but possibly crazy young woman who quits her partnership at a prestigious Manhattan law firm to seek out love and happiness in West Covina, Calif.

Bloom (pictured), whose acting credits include “How I Met Your Mother” and “Robot Chicken,” first made a name for herself with online videos including “F— Me, Ray Bradbury” and “You Can Touch My Boobies.” In 2013, she released the albums “Please Love Me” and “Suck It, Christmas!!! (A Chanukah Album).”

“This pilot is an exciting change of pace for us,” said Nevins. “‘Crazy Ex-Girlfriend’ is built on the inspired comedy and songwriting of Rachel Bloom — who, we believe, is ready to break out.  She was introduced to us by Aline Brosh McKenna, who has a brilliant, contemporary comedy voice that is spot-on as showrunner of this project. And, we were lucky to attract director Marc Webb who is eager to flex different creative muscles after his blockbuster successes.”

Also read: Showtime’s David Nevins Gets Promoted, Signs On Through 2018

“I am so happy to be working with Rachel Bloom, who is not just a powerhouse musical comedy talent, but also a fabulous writer and creator — I feel very lucky to have found her videos online,” said Brosh McKenna.  “We are thrilled that Marc Webb, whom I’ve wanted to work with for such a long time, has come aboard as we move forward with the pilot.  David Nevins has been a great champion of the show from the second we stepped into his office, and Showtime and CBS have been ideal creative partners. They’ve given us both freedom and support, which is all writers can really ask for.”