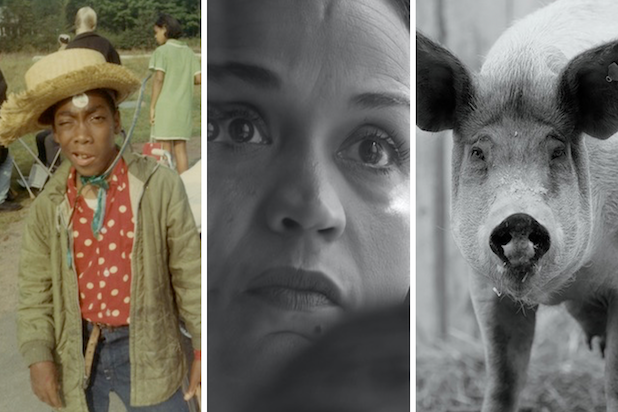 The largest field of documentaries in Oscar history has been narrowed down to 15 semifinalists, with almost all of the films that were expected to advance to the shortlist doing so.

Kirsten Johnson’s “Dick Johnson Is Dead,” Garrett Bradley’s “Time,” Alexander Nanau’s “Collective,” Viktor Kosakovskiy’s “Gunda,” James Lebrecht and Nicole Newnham’s “Crip Camp” and David France’s “Welcome to Chechnya,” which led all of the year’s nonfiction films in previous nominations and wins, were among the films that advanced from the record field of 238 qualifying docs. That number shattered the previous record of 170 eligible documentaries, which was set in 2017.

Other films that made the shortlist included “All In: The Fight for Democracy,” “Boys State,” “MLK/FBI,” “My Octopus Teacher,” “The Painter and the Thief,” “76 Days” and “The Truffle Hunters.” Two documentaries that were also entered in the Oscars’ international race, Chile’s “The Mole Agent” and Italy’s “Notturno,” made the doc shortlist; “The Mole Agent” also landed on the international shortlist, though “Notturno” did not.

As usual for the documentary shortlists in the years since judging was moved from small committees and given to the Documentary Branch at large, the list contained almost all of the year’s most-honored docs. All of the films nominated in the top category at the Cinema Eye Honors advanced to the shortlist, along with seven of the 10 films nominated by the International Documentary Association.

Among the notable documentaries that did not make the list were Mira Jargil’s “Reunited,” Jerry Rothwell’s “The Reason I Jump” and Sam Soko’s “Softie,” all IDA nominees, as well as Frederick Wiseman’s “City Hall,” Kirby Dick and Amy Ziering’s “On the Record,” Ramona S. Diaz’s “A Thousand Cuts,” Bryan Fogel’s “The Dissident,” Ron Howard’s “Rebuilding Paradise” and Dawn Porter’s “The Way I See It” and “John Lewis: Good Trouble.”

The 114 eligible films in the documentary shorts category also broke the record for entries in that category. Films that advanced to the 10-film shortlist in the category included two from Netflix, “A Love Song for Latasha” and “What Would Sophia Loren Do?” Other films on the shortlist were “Abortion Helpline, This Is Lisa,” about a Philadelphia reproductive health care center; “Call Center Blues,” about a community of deportees in Mexico; “Colette,” in which one of the last surviving members of the World War II French resistance visits the German camp where her brother died; “A Concerto Is a Conversation,” with composer Kris Bowers tracking his lineage; “Hunger Ward,” about doctors fighting famine in Yemen.

Best Documentary Feature:
“All In: The Fight for Democracy”
“Boys State”
“Collective”
“Crip Camp”
“Dick Johnson Is Dead”
“Gunda”
“MLK/FBI”
“The Mole Agent”
“My Octopus Teacher”
“Notturno”
“The Painter and the Thief”
“76 Days”
“Time”
“The Truffle Hunters”
“Welcome to Chechnya”

Best Documentary Short:
“Abortion Helpline, This Is Lisa”
“Call Center Blues”
“Colette”
“A Concerto Is a Conversation”
“Do Not Split”
“Hunger Ward”
“Hysterical Girl”
“A Love Song for Latasha”
“The Speed Cubers”
“What Would Sophia Loren Do?”