On Wednesday, it was announced that Ronaldo will follow in the footsteps of another sports legend, Tom Brady, with a series for Facebook Watch. However, unlike Gotham Chopra’s documentary “Tom vs Time,” this series will be scripted.

Written “Memphis Beat” duo Liz Garcia and Josh Harto, the untitled drama centers on a high school girls soccer team in upstate New York. Ronaldo will serve as executive producer on the series, which hails from wiip, the independent studio led by former ABC boss Paul Lee. The series is the second from wiip to score a series order from Facebook Watch, following the Catherine Zeta-Jones-led “Queen America.”

“In my free time, one of the things I like to do is to watch good television,” Portuguese national team player Ronaldo said in a statement. “To be the executive producer of this series is going to be an amazing experience, especially given the talent of the people who are working very hard to bring it to life. The story of my life has many similarities with the highs and lows the girls varsity soccer team will face in the series. While the series is set against the background of soccer, it goes much deeper than just the beautiful game. It’s about values, challenges, friendship, difficult times, hard work, solidarity, tensions, and harmony. In a word — it’s about life.”

The international football star has also teamed up with animation studio Graphic India and digital marketing and content management company VMS Communications to develop an animated series called “Striker Force 7,” which will star a cartoon version of Ronaldo himself.

Co-created by Graphic India’s Sharad Devarajan and Ronaldo, the character will also cross over into publishing, gaming, comics and digital content. No further details about the series were announced. 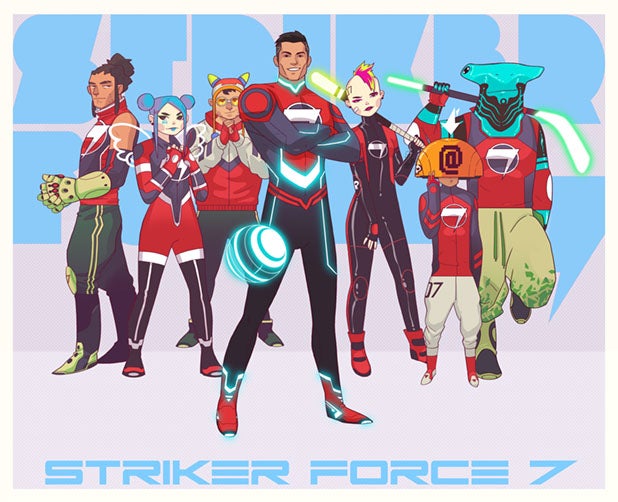