A version of this story about Cristin Milioti first appeared in the Miniseries/Movies issue of TheWrap’s Emmy magazine.

Charlie Booker’s anthology series “Black Mirror” covers a broad range of styles and subjects over the course of a typical season, but Cristin Milioti was attracted to the “USS Callister” episode because it covers a big range in a single hour.

The episode starts out as the story of Nanette, a mild-mannered coder who is hired at a tech firm with a socially awkward founder (Jesse Plemons) who is dismissed or even derided by the rest of the company.

But in a classic “Black Mirror” twist, it shifts from an indie office drama to a tense adventure in a virtual “Star Trek”-style world where Plemons’ character reigns as an evil Captain Kirk of sorts, trapping his hapless employees in an environment where they have to indulge his every whim or suffer gruesome fates.

“It was an episode and a role where you get to do everything and flex every muscle,” said Milioti, whose past work includes “How I Met Your Mother,” Season 2 of “Fargo” and the Broadway production of “Once,” for which she received a Tony nomination.

“It hits on comedy and drama and horror — it’s a bunch of different genres in one, and it was as fun as it looks. You’re in these ridiculous costumes on this ridiculous spaceship, and I think everyone who sees that episode is like, ‘That must have been so much fun to shoot.'”

Milioti didn’t come into the episode a “Star Trek” devotee, and she didn’t try to bone up on the iconic series when she landed the role. “I knew it in the sense that it was in the pop-culture lexicon,” she said. “I knew about William Shatner’s Captain Kirk, but I sort of intentionally stayed away from that when I got the part.

“I wanted to use whatever confusion I might have, because that’s what she might be experiencing as well. So I watched about two minutes of one episode and was like, ‘I don’t want to watch any more of this.'” 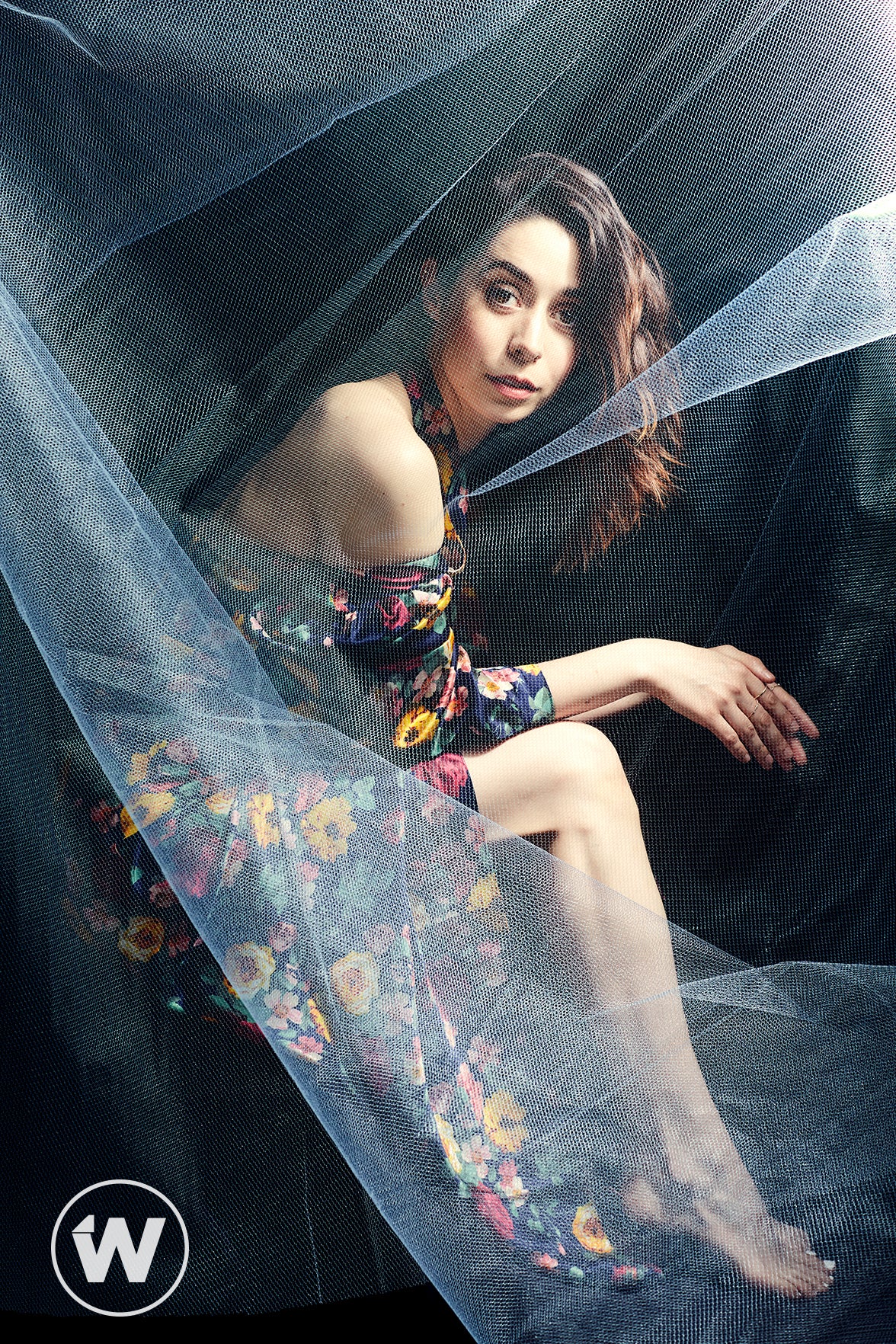 In “USS Callister,” Milioti essentially plays two roles: the real-world version of Nanette, a mousy young woman in an office environment of casually predatory men, and a virtual replica of Milioti who ends up inside a VR game from which there’s no escape, and who must discover her inner starship captain.

But she doesn’t think of the two Nanettes as two different characters — except, she said, “in the sense that the stakes in the virtual world are so much higher. They’re life and death — this is someone pushed to the edge, and the nicety disappears. There’s the quietness of the office world, which is sort of a mumblecore indie world, versus the virtual world that is operating at a 12 out of 10 at all times.

“And I think she realizes her fullest potential in that space world. That’s what she always had within her, and wasn’t able to realize in the real world. She lives her best life in the virtual world.”

“USS Callister” is also a typical “Black Mirror” episode in that it has serious — and timely — things on its mind. And it only became timelier when the #MeToo and Time’s Up movements began after the episode had finished shooting.

“At the time we were filming it, the only thing that felt timely in a loud way was that it was a story about an intelligent, hard-working woman defeating a misogynistic, small-minded bully,” Milioti said.

“When everything else started coming out last fall, it didn’t come as a surprise, because I’ve existed as a woman in the world. But for the show to hit when it did, when that conversation was going on, was incredible.

“Because this is really about a woman throwing down and saying, ‘No more. This ends now.'”

Actress stops by StudioWrap for interview and photo session