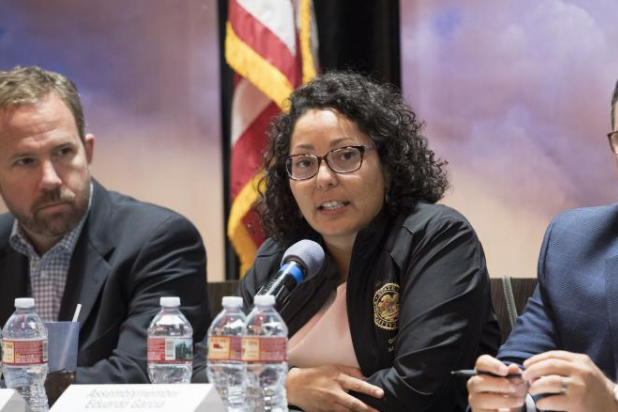 A California state assemblywoman who has championed the #MeToo movement is under investigation after several men have accused her of sexual misconduct, including groping.

Cristina Garcia, a Democrat representing Los Angeles County, drunkenly approached 25-year-old aid Daniel Fierro in 2014, stroked his back, “then squeezed his buttocks and attempted to touch his crotch,” according to a report from Politico.

Fierro said he didn’t report the incident at first, but after mentioning it to a former boss, has been referred to the Assembly Rules Committee. The incident is currently under investigation.

Also Read: 'Crashing' Star Jamie Lee on Comedy in the #MeToo Era: 'Things Are Not That Funny Right Now' (Video)

Just two months ago, Garcia was featured in a Time Magazine spread championing the “silence breakers” that have spoken out against sexual harassment.

“Multiple people have grabbed my butt and grabbed my breasts,” Garcia told the New York Times. “We’re talking about senior lobbyists and lawmakers.”

Fierro wasn’t the only former colleague of Garcia’s who reported similar inappropriate behavior to Politico. A lobbyist claimed she made a pass at him: “She came back and was whispering real close and I could smell the booze and see she was pretty far gone,” said the man. “She looked at me for a second and said, ‘I’ve set a goal for myself to f— you.'”

Also Read: Uma Thurman Accuses Harvey Weinstein of Sexual 'Attack': 'He Tried to Shove Himself on Me'

Another ex-staffer said Garcia frequently talked about “sexual issues to young staffers” in her office.

Signed, sealed and delivered to @JerryBrownGov. Proud to have worked with @asmMelendez as she persisted on this essential legislation that was long overdue. Persistence has prevailed! #WeSaidEnough #TimesUp  #Ab403 pic.twitter.com/ot9AMeNtzg

You can read the full Politico report here.