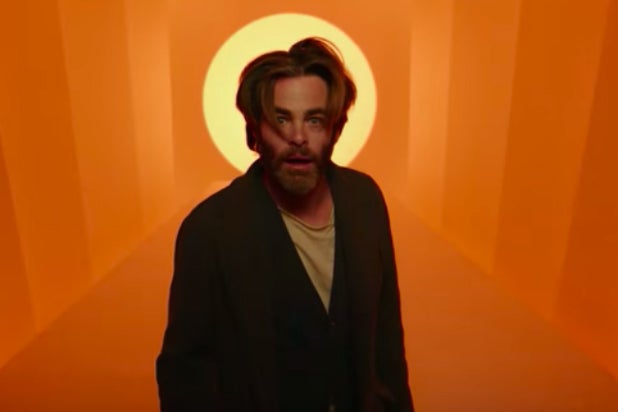 Ava DuVernay has earned critical acclaim with projects like “Selma,” “13th,” and “Queen Sugar,” but her first foray into the world of blockbusters, “A Wrinkle In Time,” is being called a “noble failure” by critics.

Based on the 1962 novel by Madeline L’Engle that became a seminal kids’ lit touchstone, “A Wrinkle In Time” stars Storm Reid as Meg Murry, a young girl who goes on an intergalactic quest to find her missing father (Chris Pine) with the help of Mrs. Who, Mrs. Which, and Mrs. Whatsit (Mindy Kaling, Oprah Winfrey, and Reese Witherspoon).

But reviewers say that DuVernay and “Frozen” writer Jennifer Lee’s attempts to bring L’Engle’s concept-heavy story to screen don’t always work, resulting in an uneven plot that doesn’t earn all its emotional beats. As reviews keep coming in, the film currently has a 45 percent score on Rotten Tomatoes.

“For every honest bit of character development, you have stilted dialogue that falls flat,” wrote Collider’s Matt Goldberg. “Instead of leaping through adventure, the film frequently feels like it’s stumbling from scene to scene.”

TheWrap’s Alonso Duralde, meanwhile, was more positive in his review, praising Oprah Winfrey for her performance as an otherworldly mentor and predicting that the film will resonate with the children for whom DuVernay’s central message is aimed towards.

“I know I’m a bad American for being generally annoyed with her patented brand of you-can-do-it sermonizing,” quipped Duralde. “But when Mrs. Which offers support and inspiration to a wavering Meg, I got a lump in my throat. It’s not just any actress who can be taken seriously after her character enters as a 30-foot colossus, but Winfrey gives the movie — and its heroine — the juice to keep going.”

See more of the mixed reviews below.

“…if not all the film’s visual gambits and expository shortcuts pay off, they nonetheless turn out to be in service of a uniquely daring and adventurous sort of cinematic translation. L’Engle’s story is the kind of intricate, whimsical narrative contraption that tends to get described as ‘unfilmable,’ a judgment that the filmmakers have defied in imperfect but cumulatively astonishing fashion.”

“DuVernay’s updated L’Engle is totally for kids. Good. It’s high time adults between 18 and seven billion loosen their death grip on action figures and hand children’s entertainment back to children. However, this ‘Wrinkle in Time’ doesn’t seem made for the kind of actual, human children who dogeared the five-paperback series with playground-grimy nails muttering the words “tesseract” and “liverwurst” to themselves like mysterious incantations. The film is tentative and over-protective, as though it’s terrified that a story empowering kids to help good battle evil could give someone a nightmare. It reduces the whole universe to one girl’s self-esteem.”

Also Read: Is 'A Wrinkle in Time' in Trouble, Bound for Second Place in Box Office Debut?

“There are moments in ‘A Wrinkle in Time’ so full of whimsy and wonder that you’ll be instantly transported back to your childhood, the first time you realized that movies have the ability to send you flying through time and space, offering you an adventure beyond your wildest dreams. But then there are patches of dialogue so clunky, and plot developments so whiplash-inducing, your goodwill might evaporate as quickly as it appeared.”

“The trouble with ‘Wrinkle’ is that you never really get a sense of DuVernay’s personal touch. In fact, it feels a lot like Brad Bird’s big budget, equally smarmy 2015 Disney film, ‘Tomorrowland.’ Both attempt to be so broad and universal that they feel disconnected from anything human. But universality doesn’t work that way, no matter how much you tell everyone to think like a kid. Don’t try to tell me everyone’s worries, that will just be a series of lies and assumptions. Just tell me yours. You’d think a company with a mouse for a logo would realize that the key to inspiring people is to start small.”

“This is, unapologetically, a children’s movie, by turns gentle, thrilling and didactic, but missing the extra dimension of terror and wonder that would have transcended the genre. Thankfully, though, Ms. DuVernay has dispensed with the winking and cutesiness that are Hollywood’s preferred ways of pandering and condescending to grown-ups. The best way to appreciate what she has done is in the company of a curious and eager 10-year-old (as I was fortunate enough to do). Or, if you’re really lucky, to locate that innocent, skeptical, openhearted version of yourself.”

“‘A Wrinkle in Time’ is the very definition of a noble failure. It looks great and features a cast to die for, but it lurches from one awkwardly-staged episodic moment to the next, with little in the way of tension, urgency or defined stakes. Its splashy cast all seem to be acting in slightly different movies, with few of them (among the children and adults) hitting the right tone for the admittedly challenging source material. Even with strong imagery and its value beyond profits or IP extension, it barely holds together as a stand-alone 109-minute feature.”