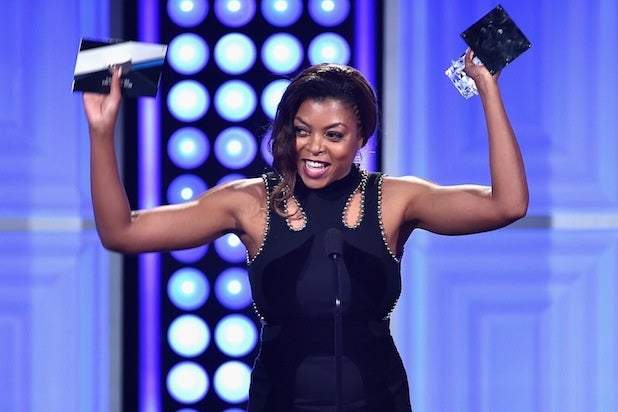 The 5th annual Critics’ Choice Television Awards made for a good night for “The Americans,” “Silicon Valley,” Bob Odenkirk, Taraji P. Henson, Jeffrey Tambor and Amy Schumer, among others.

And while that doesn’t mean that those shows and those performers will have another good night in three months when the Primetime Emmy Awards take place, a little recognition on the eve of Emmy nomination voting certainly can’t hurt.

The awards were handed out about two weeks before Emmy voting starts on June 15, at a time when members of the Television Academy are sifting through a huge number of eligible shows to determine what might be worthy of inclusion.

And since Emmy voters are creatures of habit who tend to nominate the same people and shows year after year, anything that could cause them to notice a new show (or take another look at one they’ve overlooked in the past) could prove to be a valuable nudge at a critical time.

Critics’ Choice voters did their best to nudge, singling out a group of performers and shows that represent the changing face of television. The first eight awards went to eight different shows on eight different networks, from broadcast TV (CBS, ABC and Fox) to basic cable (FX) to pay cable (HBO) to streaming (Netflix and Amazon).

And the four top series acting winners all went to first-year shows: for “Better Call Saul” and for “Empire” in the drama categories, and for “Transparent” and Amy Schumer for “Inside Amy Schumer” in comedy.

Of course, voters may not need a lot of nudging to know that they should watch shows like “Empire,” the year’s biggest debut by far; “Better Call Saul,” a spinoff of the revered and Emmy-winning “Breaking Bad”; and “Transparent” and “Inside Amy Schumer,” two of the most talked-about comedies of the year. But the stars of those shows aren’t yet Emmy frontrunners — so their victories in the acting categories on Sunday night were significant.

And while Emmy voters are no doubt aware of “Silicon Valley,” the decision by the critics to give that show the top comedy award over five-time Emmy winner “Modern Family” could be one little push to encourage voters not to go the “ModFam” route once again.

Also read: The Latest on ‘Silicon Valley’ and Hollywood Divide: Periscope It

Similarly, “The Americans” has been slowly gaining respect for years, and its victory in the drama-series category on Sunday will perhaps give it another bump.

Because the Critics’ Choice Television Award is given out by journalists, not by TV professionals who vote for the , it is not always an accurate predictor of Emmy success. (The BTJA’s sister organization, the Broadcast Film Critics’ Association, are far more reliable as Oscar predictors with their Critics’ Choice Movie Awards.)

Of the 23 competitive Critics’ Choice Television Awards handed out last year, for instance, 10 went on to win , including Best Drama Series winner “Breaking Bad” and three of the four acting winners in the comedy lead and supporting categories. But only one lead or supporting performer in the drama series categories and one in the movies/miniseries categories were also recognized by the Television Academy.

So we should take Sunday’s results less as a prediction than a finger pointing Emmy voters in a few new directions. Along the way, the event did prove that some things never change: HBO was still the big winner, thanks to its usual dominance in the TV-movie and miniseries categories with “Bessie,” “Olive Kitteridge” and “Nightingale.”

So now the critics have spoken — and it’s time for the folks who really count, the Emmy voters, to start chiming in as well.