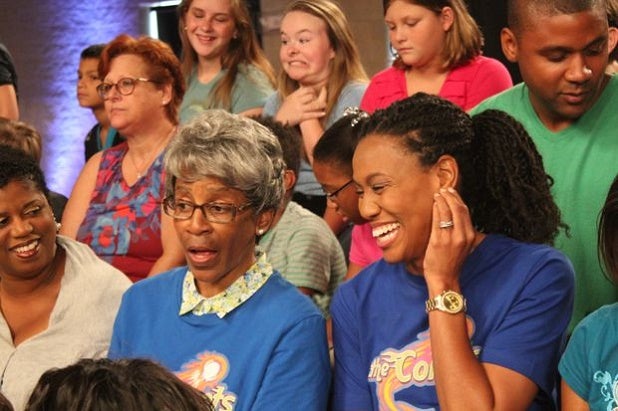 “War Room” may have crushed Zac Efron‘s “We Are Your Friends” at the box office on Thursday — the Christian drama grossed $600,000 compared to the meager $175,000 for “Friends” — but critics were decidedly less friendly than audiences.

The Sony release garnered a Rotten Tomato score of 18 percent and reviewers called it “a mess,” “anti-feminist” and an “infantile depiction of prayer.”

The drama follows a seemingly perfect family looking to fix their problems, so they turn to an older, wiser lady named Miss Clara. It stars Priscilla C. Shirer, T.C. Stalling and Karen Abercrombie, and is directed by brothers Stephen and Alex Kendrick.

Here are the 7 of the harshest reviews about “War Room:”

“‘War Room’ might also have been better if it wasn’t shot like a term-life insurance infomercial, if Alex Kendrick and his co-editor Stephen Hullfish hadn’t let every shot last just a beat too long, and if the soundtrack dropped some of its Christian rock anthems.”

“Structurally, the movie is a mess, building to so many different endings it really should’ve been called ‘The Return of the King of Kings.’ And even more troubling is the mix of victim-blaming in an emotionally-abusive relationship and an infantile depiction of prayer that turns God into a genie who gives your husband food poisoning before he can cheat on you. All the Satan-rebuking speeches in the world can’t make a story uplifting when it subtly suggests that you can tell a real Christian by the way everything always works out exactly the way they pray for it.”

Vadim Rizov from A.V. Club:
“It’s innocuous enough fare, though it’s creepy to encourage women to believe the true source of their husbandly woes is Satan rather than an issue that probably needs to be discussed.”

Jim Judy from Screen It!:

“The flick has a potentially dangerous ‘remedy’ to domestic abuse … it’s not up to Elizabeth to change or judge her husband, regardless of his behavior. Instead, she should respect, love, forgive, and pray for him, and let God do the rest. That’s all fine and dandy, but there are plenty of religious wives (and children) who’ve eventually been beaten and even killed by abusive husbands/fathers despite all of the prayers in the world.”

Also Read: 'Straight Outta Compton' to Smoke Owen Wilson's 'No Escape,' Zac Efron's 'We Are Your Friends' at Box Office

“I lodge no complaint against the film’s emphasis on prayer, even if, dramatically, it’s not scintillating stuff to watch. […] The filmmakers are upfront about their religious intent, and it follows that their audience is a targeted one. But the Kendricks have further limited that audience by presenting an emphatically anti-feminist picture of faith, repeatedly underscoring the idea that a woman must be submissive to her husband. I’m no expert on warmongering, but alienating half your army doesn’t seem like sound strategy.”

Tom Russo from The Boston Globe:

“The first couple of acts of the Kendricks’ latest, “War Room,” are so heavy on broad pulpit pounding that it’s challenging to get swept along by the story’s message. It’s only in the late going that the marital drama turns somewhat more authentic, helping to restore a bit of the audience’s, well, faith.”