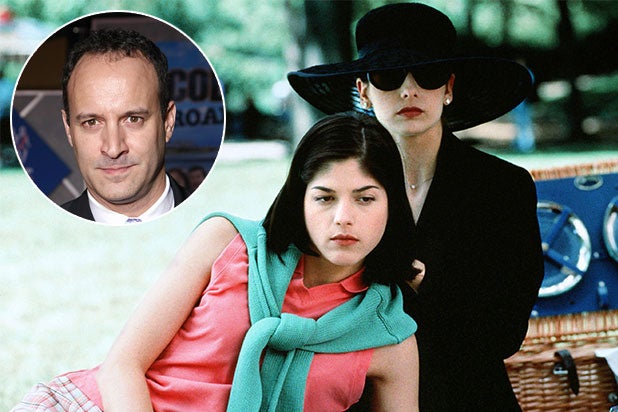 [Spoiler alert: Do not read on if you haven’t seen “Cruel Intentions” in the 20 years since it was released]

“Cruel Intentions” hit theaters 20 years ago today, and it was a movie that tackled topics which included substance abuse, sex, and other taboo subjects. However, the film’s director, Roger Kumble, believes that it only truly “crossed the line” once.

“The only time we kind of crossed the line was the scene Sebastian (Ryan Phillippe) outs Greg (Eric Mabius),” Kumble told TheWrap. “I wanted to make a statement about gay rights at the time, but so subliminally that Sebastian couldn’t care. There are takes where we put it pretty far. A couple (of) people said, ‘rein it in, Roger.'”

Kumble never anticipated his first movie as a writer/director to resonate 20 years later, especially given that he wrote it as a $1 million movie. Neal Moritz, who had just come off producing “I Know What You Did Last Summer,” was instrumental in getting the film made, telling Kumble that Phillippe and Sarah Michelle Gellar should star in the movie. Phillippe was dating Reese Witherspoon at the time, and both Kumble and Phillippe convinced Witherspoon to star as Annette Hargrove. Witherspoon signed on under one condition: the character needed to be rewritten.

“She was like, ‘oh, you know… the character needs work,'” Kumble explained. “I said, ‘I’ll do whatever, let’s rewrite it,’ she said ‘yes.’ She came over and hung out with me, and we rewrote the character and she’s such a phenomenal actor and great writer and gave the character some strengths. It’s the reason why the movie works.”

Selma Blair auditioned in character, which immediately landed her the role, Kumble said.

“Cruel Intentions” was a surprise hit when it debuted in 1999, pulling in $75 million worldwide on a $10.5 million budget. It also helped launch the careers of Witherspoon and Blair. It was an adaptation of French novel “Les Liaisons Dangereuses” by Pierre Choderlos de Laclos, which followed two step-siblings of an elite Manhattan family who make a wager to deflower their school headmaster’s daughter before the beginning of the term.

“Cruel Intentions” will be back in theaters for its 20th anniversary for a one-week engagement starting March 22.

See TheWrap’s Q&A with Kumble below.

TheWrap: Had you ever thought in your wildest dreams that the movie would still be such a cult classic 20 years later?

Kumble: No. No way, I was just happy to make a first movie and get something made. You are definitely not thinking that far ahead but boy, am I grateful.

Tell me how the movie came together and how the main actors got involved. Did you always want Ryan, Reese, Sarah and Selma for it?

No! It was my first movie that I wanted to do direct and I wrote it as $1 million movie, and I thought, maybe someone will let me do this. I was just coming off of a play in L.A. that I wrote and directed. Luckily though, Heather Lieberman got the script to Neal Moritz before he was Neal Moritz. They were amazing and they were like, “we can get this thing made.” Neal had just come off “I Know What You Did Last Summer” with Ryan and Sarah and he was like, “these are the people that should be in your movie.” I was like “OK!” I was just so happy to get the experience. I knew Sarah less from “Buffy,” but more from when she played Kendall in “All My Children” — I knew she could do it. And then we had to find an Annette and Vinessa Shaw came in. Loved her and Katie Holmes, but Katie was so new to Hollywood, I think she just did the “Dawson Creek” pilot. Ryan could be aggressive and the scales needed to be even. The studio and I, even though we agreed on pretty much everything, we had a disagreement on that role. One day, I’m hanging out with Ryan, and I was like, “what about your girlfriend? Let’s take her out to dinner and get her drunk,” and we did — the problem was, we ended up getting drunk. I remember, I got on hands and knees and said, “oh please do it, it’s 15 days!” She was like “oh, you know… the character needs work.” I said, “I’ll do whatever, let’s rewrite it,” she said yes. It’s crazy thinking back on this, that would never happen today with agents and this and that. She came over and hung out with me, and we rewrote the character and she’s such a phenomenal actor and great writer and gave the character some strengths. It’s the reason why the movie works.

Selma, we auditioned. We had a big audition for that role, and I do remember we had to cast someone over 17 because of the subject matter and that ONE scene. It’s the greatest audition I’ve ever had. Sometimes, I teach acting and I still talk about it. These girls would come in, and I would ask, “how old are you” and they’d say “I’m 18 and blah blah blah” and they’d audition. Selma came in, and I said, “how old are you?” And she goes, “how old are you?” She came in as the character… she was somewhat obnoxious and I couldn’t get her out of my mind. I thought, that girl is amazing, beautiful and she understood comedy and I said, “I think this is the girl.” She hadn’t done anything at the time, thank God — the subject matter is intense and in today’s context — I have three kids — it’s not my proudest moment. It worked for 1999, and I still can’t grasp whether this was a good thing, but because my background was comedy, I played more with comedy to make those situations go down easier. I wasn’t playing those moments with drama — I go for a laugh, and that was carefully planned or otherwise, it would’ve creeped them out.

The movie is extremely dark and pushed the envelope quite a bit in terms of sex, substance abuse, etc.. Did you ever have any troubleshooting it or convincing the actors to go this dark?

I didn’t have to convince everybody because everyone knew what we were getting ourselves into. I didn’t shoot nudity unless it was the guy. I didn’t want to make the movie gratuitous, but I thought it was Annette’s POV, she’s never seen a naked person. Ryan was on board with some of that. The only time we kind of crossed the line was the scene Sebastian outs Greg. I wanted to make a statement about gay rights at the time, but so subliminally that Sebastian couldn’t care. Sebastian’s best friend was gay and it never comes up. In Sebastian’s mind, he doesn’t care what your sexual orientation is but if you’re in the closet and a bully, it’s fair game. There are takes where we put it pretty far. A couple of people said, “rein it in, Roger.”

Do you think the story would still work today given #MeToo?

Possibly, but not where it would open on several thousands of screens. Not where it had. It would be a million dollar indie that would probably be on iTunes, but it wouldn’t resonate as much. I’m very glad it came out when it did. Given the #MeToo thing, no way. When the movie came out, it didn’t do as well as we thought it did because of theaters in Middle America with signs that read, “We Will Not Let People Under 17 In.” We were definitely pushing the envelope. But we have many people to thank for the film, especially Amy Pascal — she was so smart and such a champion of the film and she was my boss — she was the president of Sony at the time. When we tested the movie, it didn’t test well. You get these cards and it was like, “I hated that he died,” and “can’t he come back?” and “can’t he be in the car?” I remember reading those cards and thinking “we’re f—ed. Here comes the reshoot,” and to Amy’s credit, she said, “the reason it doesn’t test well is because people love it. They are so sad he’s dead, you took them on a journey.” For her to have that kind of insight was amazing.

The ending was always the way it was supposed to go. Outside of the dialogue and the setting, it really is a tale of redemption and love, and without that, the movie is a nasty little movie. The reason it still resonates is because of those themes.

Talk to me about the song “Bittersweet Symphony.” It has kind of become synonymous with the film. I heard you had some trouble getting the rights.

When I wrote the film, I listened to music and I wrote the ending to the song not knowing that The Verve didn’t own the rights, but the Rolling Stones did. It became exceedingly expensive but fortunately because we had Lia Vollack over at Sony and Virgin Records to help [get it cleared].

You also directed films like “The Sweetest Thing” and “Just Friends,” which are obviously completely different than “Cruel Intentions.” Was that intentional?

No. “Cruel Intentions” — that wasn’t in my wheelhouse. My mentor was [“Green Book” director] Peter Farrelly — he’s having quite a week, isn’t he? — I came out through comedy — broad comedy — that’s what I was doing. “Cruel Intentions” was just a really good idea in my back pocket, and I had done a little in my pocket, and then “The Sweetest Thing” was just a brilliant script.

What’s next for you?

I’m doing a rom-com with Netflix, titled “Falling Inn Love.” Netflix are starting to make films with smaller budgets, so I was like, “oh!” I saw this script and thanks to Netflix, my genre is coming back.

And a little bit of trivia for you: Was the film really supposed to have the title, “Cruel Inventions?”

There is this singer, Sam Phillips, and she had an album called “Cruel Inventions” and I was listening to it at the time. We tested the title and people thought it was a sci-fi film, so we said, “we’re going to call it “Cruel Intentions.”